Athina Siringas, Who Helped Prosecute Kwame Kilpatrick in Detroit for Perjury, Dies at 63 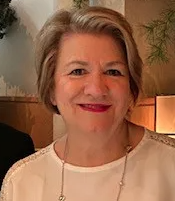 Athina Siringas, who was part of the team that prosecuted former Detroit Mayor Kwame Kilpatrick on state perjury and obstruction of justice charges, died Friday after a long battle with ovarian cancer, the Detroit Free Press reports. She was 63.

"There are people that come into your life from time to time that you know from the moment you meet them that they will have a significant impact," Wayne County Prosecutor Kym Worthy said in a statement.  "Athina was definitely one of them. She was the epitome of a strong, successful woman: smart, opinionated, passionate, principled, and fearless."

Born in Greece, she came to Detroit with her parents in 1968 at age 10. She graduated from Finney High School in Detroit in 1976, and earned an undergrad and law degree from Wayne State University, The Detroit News recounts.

She was in private practice before joining the Wayne County Prosecutor’s Office in 2001. She eventually became chief of the Special Prosecutions Divisions, which included the homicide and major drug units, community prosecutions and violent crimes.

Tresa Baldas of the Freep writes:

Between 2008 and 2010, Siringas was a member of the prosecution team that investigated, charged and convicted Kilpatrick and his Chief of Staff Christine Beatty, both of whom lied about their affair and their roles in the firing of a deputy police chief in a whistleblower lawsuit.