Lost month: Oxford schools remain shut until January; 'many ... do not feel ready to return'

All 7,100 students in Oxford Community Schools will remain out of classrooms until the new year, the district emailed parents late Tuesday.

"Although law enforcement has cleared our K- 8, Bridges and Crossroads school buildings for our safe reopening tomorrow, many in our community have expressed concern surrounding yesterday's threat and do not feel ready to return. This has caused us to pause and consider the current needs and emotional well-being of our school community.

"Therefore, we have decided to close all district school buildings for the remainder of the week."

All students except high schools had returned for a half-day Friday and full day Monday, the first sessions since a Nov. 30 high school shooting killed four students and wounded six schoolmates, plus a teacher. This Friday's classes were to be the last before a two-week holiday break.

"We have been shaken to our core," Superintendent Tim Throne said Tuesday night at a somber school board meeting attended by about 70 residents, the Detroit Free Press reports. It quotes parent Shane Gibson as asking: "What are we going to do to make sure there's not another loss — the loss of their education?"

Oxford Community Schools hit an early setback in efforts to move past the high school tragedy exactly two weeks ago.

The middle school and five elementary buildings are shut again today after a social media threat. Students had returned for a half-day Friday and full day Monday.

"We received an image from social media that included a specific threat directed at our middle school," administrators posted Monday. "We plan to do a full security check of all our buildings while our security experts and law enforcement conduct their investigation." 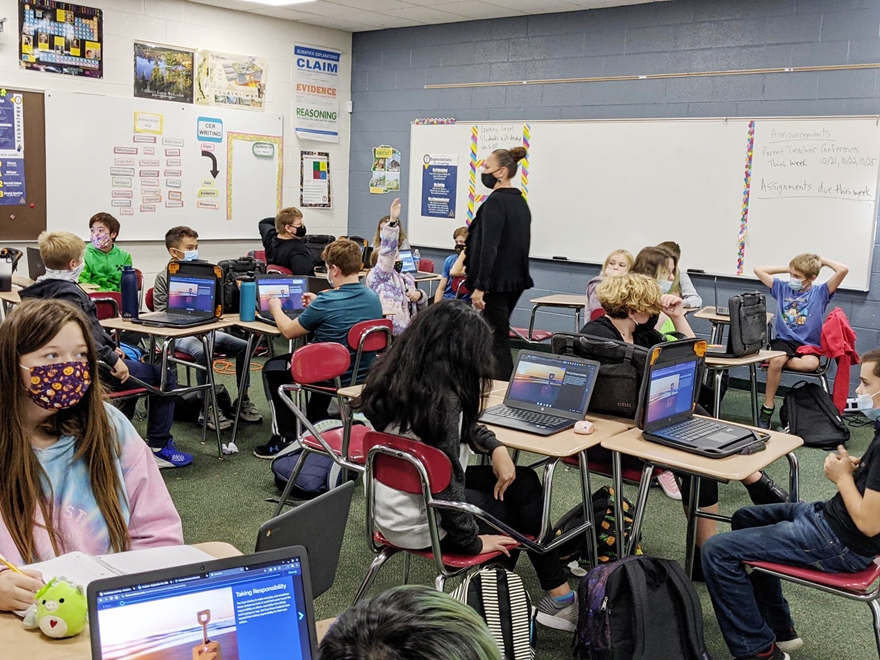 Since the Nov. 30 shooting, which killed four Oxford students and wounded six others and a teacher, online threats to schools all over Michigan have been made. West Bloomfield's district and Plymouth-Canton's three high schools switched to virtual learning this week for that reason.

Oxford teens, who'll resume classes some time in January, on Monday began retrieving backpacks, gym bags, outerwear and other items left behind in the evacuation two weeks ago. Parking lot pickups at the high school continue through Wednesday.

In other district news, the boys' and girls' high school bowling teams resumed competition Monday night at Oxford's Collier Lanes. It was the district's first athletic event since the shooting, which killed varsity bowler Justin Shilling. His team won seven out of ten matches.

"The boys were excited to get started and ready to get to some sort of normalcy," coach JF Lafnear posts on Facebook. "They had Justin on their minds and in their hearts in this match and have dedicated the season to him."

"There are also multiple other sporting events coming up," says a Monday update at the district's site, "including wrestling, cheerleading, basketball, skiing and swimming and diving. This is an opportunity for our student athletes and greater Oxford community to return to a sense of normalcy, have fun and interact with their peers."

In another development, Superintendent Tim Throne posts that he'll delay a planned Jan. 21 retirement "to avoid adding additional uncertainty or disruption to our school community, which has suffered so much." 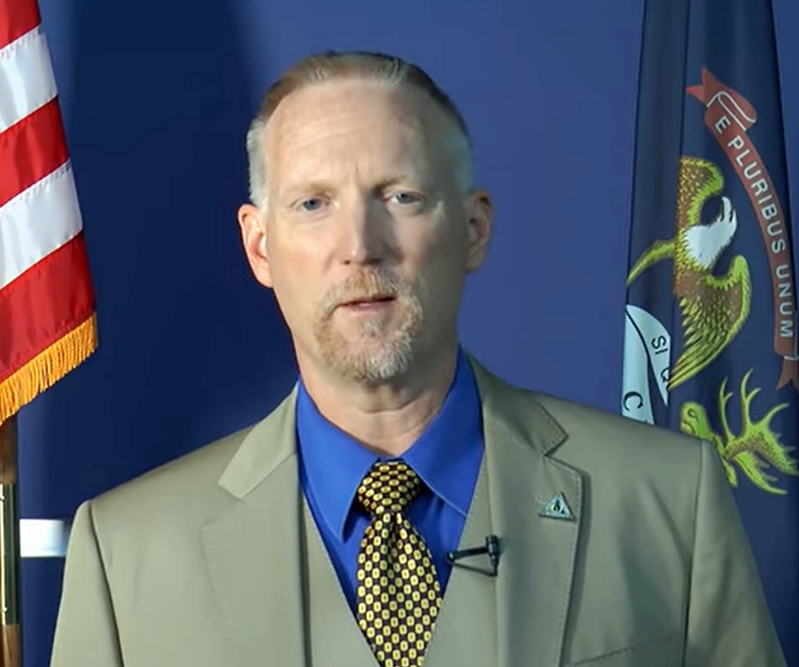 Tim Throne: "Not the right time for me to leave." (Photo: Screenshot from district video Dec. 2)

Throne, 54, became eligible for pension benefits last year but chose to stay amid pandemic challenges. He joined the district in 2000 as a technology director, became its top administrator in May 2015 and announced his departure plan this fall.

"I have been totally consumed by this tragedy. ... Trying to support our families, staff and community members as they grieve as well as supporting the safe and slow return to school has been my mission.

"I remain solely focused on responding to this tragedy, and I am committed to making sure our students, families, and staff are fully supported during this difficult time for our community. Now is simply not the right time for me to leave.

"In the coming weeks, I will be working with district administration to help ensure a smooth transition and give our School Board some additional time to complete its superintendent search while we continue to heal as a community."