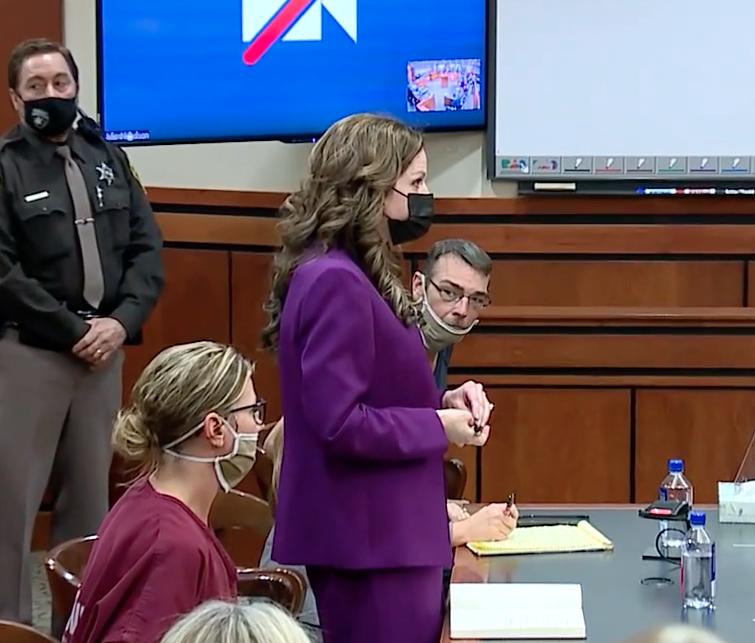 McDonald made the allegations in court filings while arguing against lowering the bond for parents Jennifer and James Crumbley from $500,000 to $100,000.

McDonald wrote, according to Tresa Baldas of the Freep:

"The defendants had information long before Nov. 30 (six months prior to the shooting) that their son's only friend moved at the end of October, that the family dog died, that their son was sadder than usual, and that he was sending his mother disturbing texts about his state of mind. Instead of paying attention to their son and getting him help, they bought him a gun."

"Their son was torturing animals, even kept a baby bird's head in a jar on his bedroom floor, which he later took and placed in a school bathroom," the prosecutor continued.  "Meanwhile, the parents were focusing on their own issues, things like extramarital affairs, financial issues and substance abuse."

Specifically, the prosecutor alleged they spent much time in a barn caring for their horses and "seeking other relationships, including (the) mother's extramarital affairs."