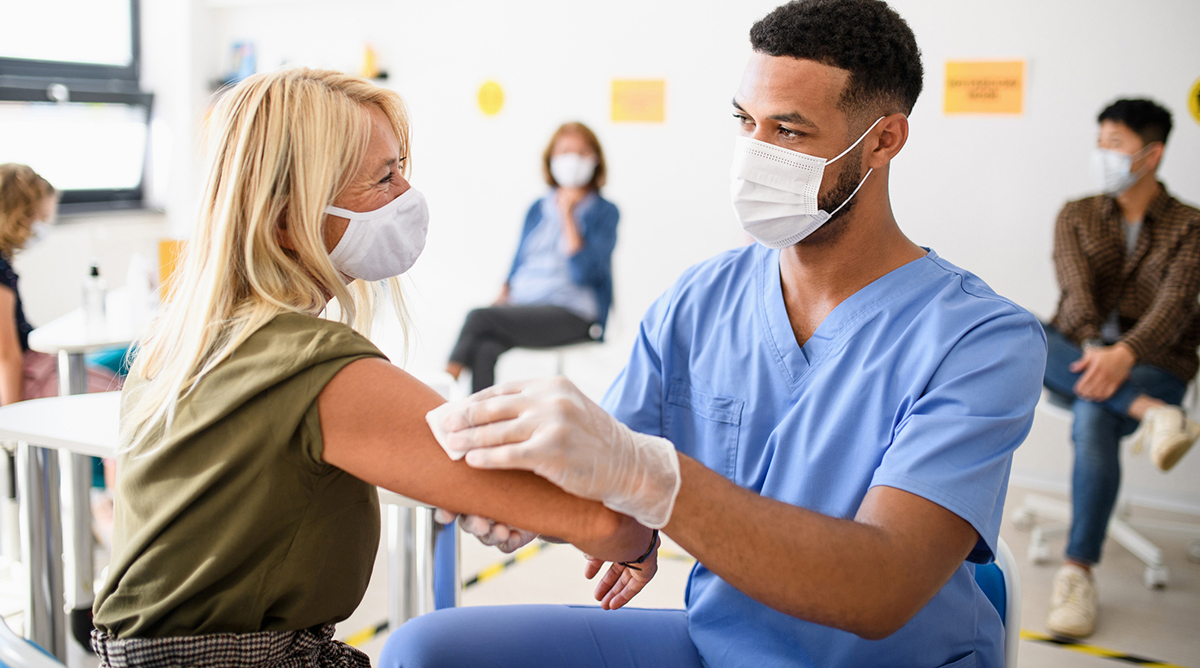 Covid data from the Whitmer administration is a lot like the McRib sandwich. One minute it's there, the next minute it's gone. Few know when exactly it's available, where you can get it, or whether it's real meat. You're left looking for the notice on a marquee: Available for a Limited Time Only.

As the Delta variant wreaked havoc in recent months, Michigan has been among the worst-hit in the country and the very worst in the Midwest in every Covid metric including the most important: death.

Now, with the more contagious Omicron strain making its rounds, and a growing drumbeat from her own supporters to do something, Whitmer and health director Elizabeth Hertel emerged from their bunker last week. It was Whitmer's first Covid appearance in six months.

“Our goals are simple, keep Michiganders safe by helping people get vaccinated and get boosted,” Whitmer said. “It's the best way to stay safe against Omicron.”

And then she tossed out this little pickle of a data point: 85 percent of all Covid deaths from Jan. 15 through Dec. 3 befell people who were not vaccinated. Why did she include data from before April 19 -- before the vaccine became universally available to all adults? The lion's share of folks who got Covid before April were likely unvaccinated. It's not fair to fold in those stats when you're trying to point out the advantages of being vaccinated. It's an exercise in statistical manipulation.

Come to think of it, we could have had better stats.  April 19 is around the time when it was discovered that Whitmer's top health officials had beat it down to Margaritaville while the pandemic raged in Michigan and those same officials let 360,000 doses of vaccine from the federal government go unclaimed.

In any event, flip the state's data around and look at it in another way. From January through December, 15 of every 100 people who died of Covid were vaccinated.

That is a spike of 60 percent above Whitmer's rolling yearly average. What's more, Omicron will lead to far more breakthrough cases, with even a Pfizer booster shot said to give just 45 percent protection ten weeks after its administered.

When asked for the November-December data, health officials claimed they no longer calculate the monthly number, even though the governor quoted it through Dec. 3.

When asked for the monthly breakdown of Covid deaths that presumably had been tabulated from January through September, health officials said that data would not be accessible until the new year.

Instead of coherent numbers, state officials directed me to a website with nice graphs. Huge graphs.

The best graphs, but so difficuilt to accurately interpret when the raw numbers aren't easily found.

The conclusion to be drawn is a simple one: while the vaccine undoubtedly helps mitigate death and severe illness, it is not a panacea many thought, particularly as the more virile variants emerge. Government officials may have undermined public confidence by overselling what the vaccines can do.

To disguise that obvious conclusion, the administration has once again taken to statistical gerrymandering as it did with nursing home data.

The moral thing for Whitmer to do is to repeatedly remind vaccinated people that they are not as safe as they think. She needs to discourage people from traveling and gathering in large numbers at holiday parties.

With the death toll higher now than a year ago, you think she'd muster the political guts and reinstitute a mask mandate. Even if some people ignore the mandate, you'd have far more people wearing masks in public spaces than you do now under a toothless advisory.

Must be an election year.

Like crime and the consumer price index statistics, the coronavirus vaccination numbers are being twisted to make things look better than they really are. The people know it, and the people resent the sleight-of-hand.

But when you're trying to get a group of fence-sitters to get themselves and their children vaccinated, McFibbing is no strategy at all.