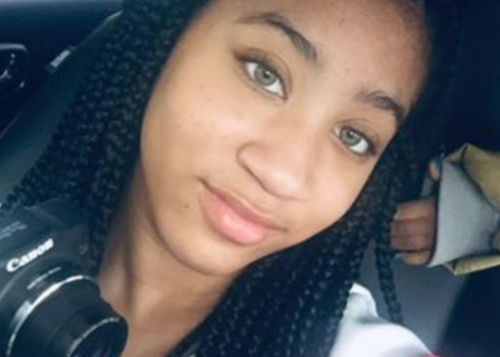 A Southfield teenager found herself at the center of a QAnon conspiracy theory in the summer of 2020 when inept online sleuths connected her name, a missing person's report, and a seemingly high-priced pillow from online retailer Wayfair to a made-up child sex trafficking plot.

Wayfair was the far right's new pizzagate — a lie that swept the internet and resulted in real-world consequences for those believed to be involved. One child falsely said to be victimized was then-13-year-old Samara Duplessis, whose ongoing struggle with having had her name and image circulated among scores of conspiracy theorists is chronicled by The Washington Post.

The Wayfair conspiracy is traced to a Canadian QAnon believer who calls herself Amazing Polly. Polly, The Post reports, began noticing inordinately priced Wayfair items — specifically cabinets — that sounded like girl's names and, assuming human trafficking was afoot, fired off a tweet that inspired other believers to begin linking product names to real people.

Duplessis was roped in when a glitch resulted in the company's Duplessis pillow being listed at $9,999 and someone dug up an old, unupdated WDIV story from when she'd briefly run away from home several months earlier.

The teen recounts the trauma of going viral in a post with 64,000-plus retweets:

“I started getting real bad anxiety. I started pacing around real heavy,” she recalled. “When I get in my head, like real, real deep in my head, I start hyperventilating.”

The hives came next.

“My body is just doing whatever it can just to get me to calm down,” she said.

Samara had talked about Wayfair with her dad a few times, and he still didn’t seem to know what to do about her picture being all over the Internet. So how could she be sure she wasn’t going to be snatched one day?

Her mother feared the same:

“Can my child go outside?” Tammy asked herself. “Can she go to the grocery store without people lurking? We don’t know.”

A year and a half later, Duplessis reportedly hopes for a brighter future in which internet search results yield stories of her accomplishments. She has dreams of joining the Air Force and was recently the youngest model to walk in a Detroit fashion show.

But she says she's still getting over what happened.

“It never truly leaves your spirit," Samara said. "Just to know that somebody had the capability to take me from my family. It becomes a lifestyle, making sure I’m always cautious of who is around me.”