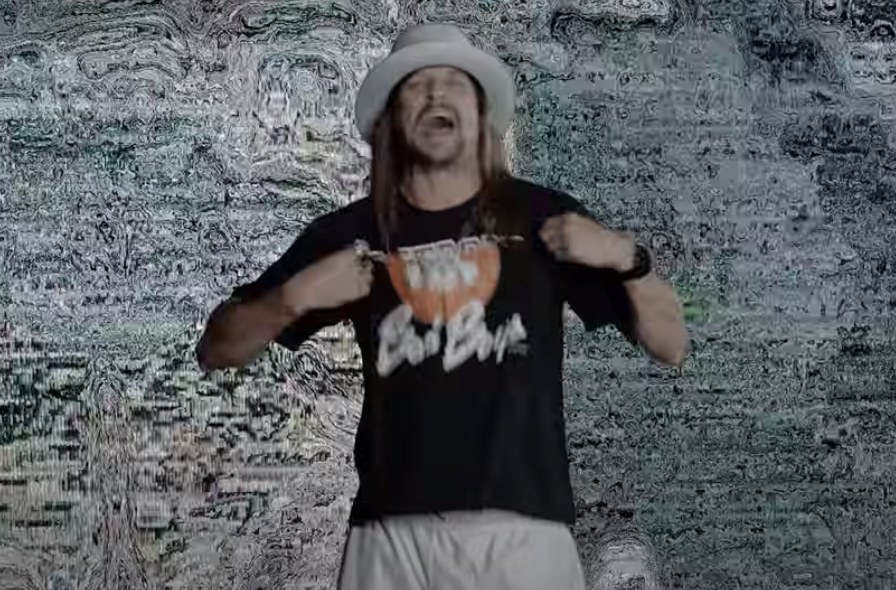 Screenshot from the video

Kid Rock, who grew up a rich kid in suburban Detroit while trying to give fans the impression he was raised in in the swamplands of Alabama, blames millennials, "snowflakes" and woke folk for the wrongs in America in his new song -- "Don't Tell Me How to Live."

At the start of his video, he briefly wears a Detroit Pistons Bad Boy T-shirt as he blurts:

Fuck all you hoes!
Detroit 'til I die, motherfucker!
Talkin' all that bullshit!
Ain't nobody gonna tell me how to live!

So what the fuck's up with all the backlash?
You snowflakes, here's a news flash!

Ain't nobody gonna tell me how to live!

He goes on to sing:

A nation of pussies is our next generation!
And these minions and their agendas
Every opinion has a millennial offended 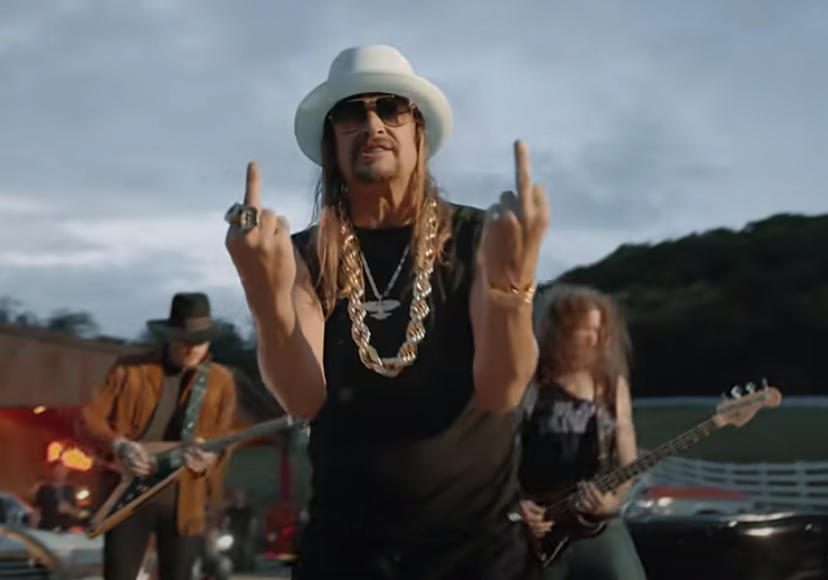 Another scene from his video

Needless to say, not all the reviews are complimentary about his song released more than a month ago.

The song is garbage. Kid Rock could be screaming about health care reform and it wouldn’t change the fact that the track is dreck (garbage in Yiddish).

Credit where credit is due: Kid Rock packaged all of the tired conservative tropes into a single piece of recorded audio that masquerades as a new song called “Don’t Tell Me How to Live.”

But guess what? Kid Rock tweets in a post in late December that he could care less about the negative reviews from the "stupid ass critics."

(1/2) Merry Christmas to me! lol! No radio, No promotion, No nothing… except for all the stupid ass critics and media that keep taking the bait!! Thanks to all the fans out there for the support, they can’t and will NEVER beat us! Continue…. pic.twitter.com/4GjylGOSeY

One of the less-digging reviews comes from Brian McCollum of the Detroit Free Press:

Recorded with the Canadian hard-rock band Monster Truck — and playing off that band’s 2015 song of the same title — the new track summons the feel of Kid Rock’s early “Devil Without a Cause” era. With its gang choruses, braggadocio and rhyme-heavy verses, it’s a slab of '90s-style rap-rock, and it marks the biggest venture of that sort in many years for Rock, who has largely embraced a heartland-rock sound with country trimmings.