The writer is executive director of Target Insyght and has been involved in redistricting projects in Michigan and other states for 30 years.

Some voters may believe the Michigan Independent Citizens Redistricting Commission agreement on new congressional and state legislative district maps is the last word on the subject for the next 10 years. But already, current and former Black lawmakers plan a lawsuit over the loss of majority-minority districts in Detroit.

The plaintiffs allege the new maps violate the Voting Rights Act of 1965. Will they succeed? A look at a recent federal court opinion on a similar challenge in Illinois may offer some clues to a judicial ruling here.

Challenges to Illinois’ new legislative maps, redrawn under the Voting Rights Act and the equal protection clause of the U.S. Constitution, were rejected by federal court judges last month. Having read their opinion, I have some ideas that may apply to any challenges to redistricted maps here. 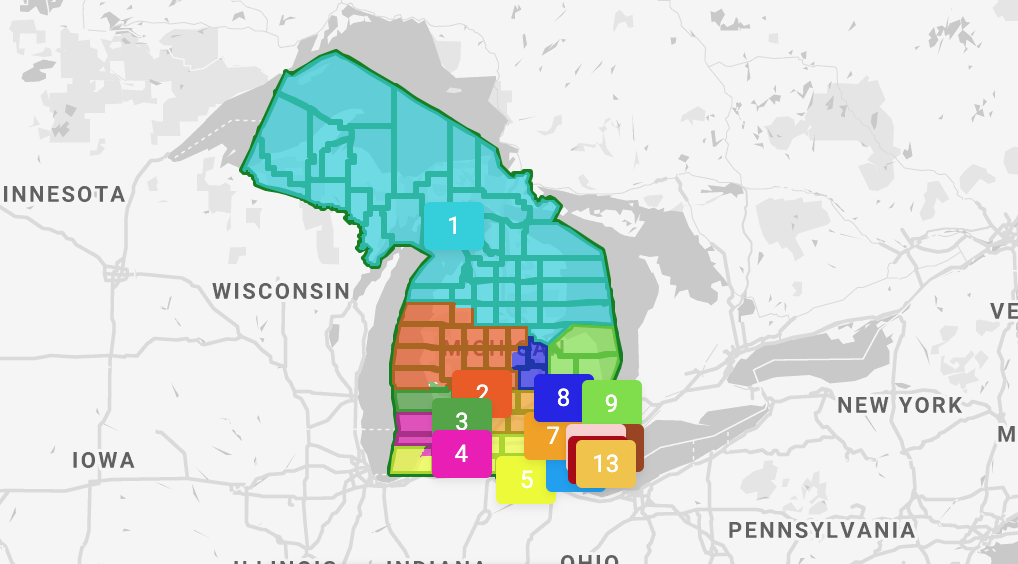 First, the law does not require a legislative map to expand the ability of minorities to elect candidates of their choice, only to ensure that the minority vote is not diluted; minorities are not guaranteed proportional representation.

In Michigan that means not guaranteeing what we have now -- two Black congressional districts, five Black state Senate districts and 16 Black state House districts. But the law does not indicate that minority districts can be eliminated unnecessarily in a way that dilutes minority votes.

In the Illinois case, the court rejected the factual evidence presented by plaintiffs in support of their argument that whites vote in blocks against Hispanic candidates, one of the three preconditions of a Voting Rights Act claim. In Michigan, the independent redistricting commission did not complete or do a thorough voting analysis, using past primary voting behavior of non-Black voters versus Black voters. So the challengers to Michigan’s new maps have homework to do and evidence to produce. Michigan challengers may have to look at intentional voter dilution of the most significant community of interest, the Black community in the state of Michigan.

The court also emphasized that race cannot be the predominant factor in drafting the districts. Challengers will need to demonstrate that the Black community of interest was not properly considered and ignored. Race is considered to the extent of avoiding VRA issues.

The court in its analysis seems to group non-white communities together and analyze them versus white voters and candidates. The court does not look at Hispanic versus Black, and seems to suggest that Black and Hispanic voters be lumped together in considering vote dilution, and explicitly talks about coalition voting, without evidentiary support that Blacks and Hispanics actually join in coalition voting. In Michigan, the retrogression (elimination/reduction of minority districts) argument may be the strongest to demonstrate Black voter voice dilution.

While proportionality is not required under Section 2 of the Voting Rights Act, the court does consider proportionality as a factor in the totality-of-circumstances analysis.

Much of what I’ve just outlined is perhaps impenetrable to people who aren’t well-versed on these issues, but the plaintiffs and experts who will be involved in challenging the new maps certainly are. Unless the Michigan lawsuits are thought out in advance, considering many of these issues, they won’t have an easy path to victory.