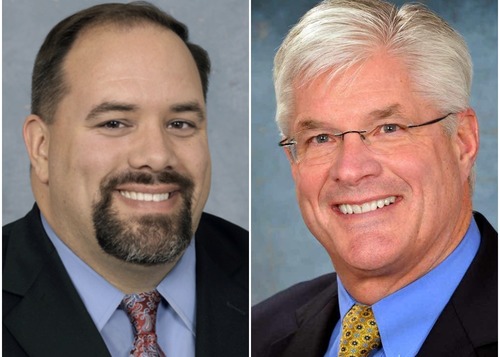 Hushed-up politicians come from both sides of the political aisle. Jim Ananich (left) is a Democrat and Mike Shirkey is a Republican.

NDAs for lawmakers, the Freep reports, are "somewhat unusual and controversial."

“They should be seen as a major red flag for working people across this state who care about accountable government," said Lonnie Scott, executive director of the liberal advocacy group Progress Michigan.

"Michigan needs more transparency, not less. If our lawmakers can’t bring in jobs without shady backroom deals that have to be shielded from the public, then are these deals even good for our state?”

Whitmer is bound by one too, she recently told Freep. This was her defense:

"There's a lot of proprietary information that is shared, as states are vying for the opportunity to draw this kind of potential massive investment and future critical economic manufacturing opportunities into our states. That information is not going to be shared with anyone who doesn't do that. And so this is how this business, for lack of a better word, operates ... in the initial stages, that confidentiality is important. And they're never gonna engage with us if we don't participate on those terms."