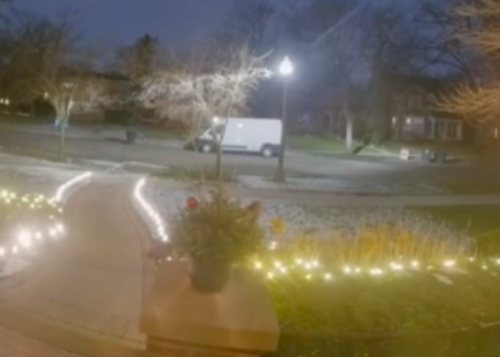 Detroit police are investigating the carjacking of an Amazon delivery truck on the city's northwest side.

The theft happened last Thursday in the early evening near Renfrew and Pembroke streets, in the upscale neighborhood of Sherwood Forest. Video captured by a neighbor's Nest camera shows a man run up to the truck and take off, leaving someone, likely the driver, standing on the side of the road.

Police say the suspect was wearing a gray hoodie, gray pants and a black ski mask and left following a Blue Ford Escape. The truck is a 2021 Dodge Ram 3500 with Florida license plate QEGD10.