Attorneys for Rebekah Chatfield, who alleges her brother-in-law, former Michigan House Speaker Lee Chatfield, sexually abused her for a decade, want to make sure no evidence is lost. They've asked that the church and school run by Rusty Chatfield, Lee's father, preserve all electronically stored information that may be relevant oif she sues either organization. 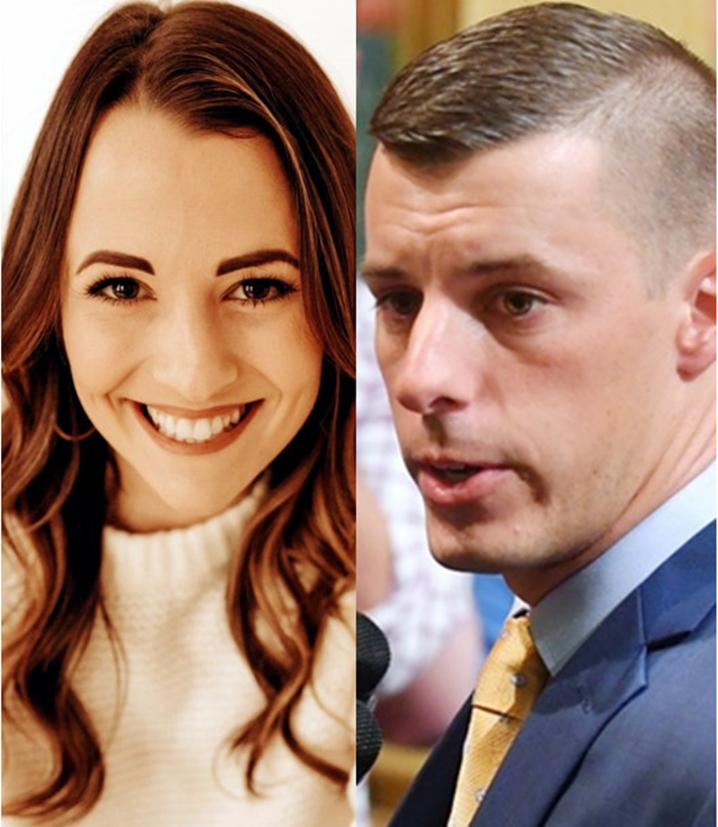 Rebekah Chatfield, 26, was a student at Northern Michigan Christian Academy, and claims Lee, a teacher there, groomed and assaulted her beginning when she was about 15. She later married his brother, Aaron, becoming his sister-in-law, and the abuse continued until last summer, she claims.

The notice mailed Tuesday by Okemos-based White Law PLLC informed Northern Michigan Baptist Bible Church and Northern Michigan Christian Academy that their client may be filing a lawsuit or initiating other legal proceedings related to "the sexual abuse of our client committed by Mr. Chatfield from approximately 2010 through 2021."

The church and school, attorney Alexander Rusek wrote, are obligated under state and federal law to preserve all records "potentially relevant to this dispute."

"You should anticipate that much of the information subject to disclosure or responsive to discovery in this case is stored on your current and former computer systems and other media and devices (including personal digital assistants, voice-messaging systems, online repositories and cell phones)," Rusek wrote.

Rusty Chatfield continued to deny that any abuse occurred, referring obliquely to the scandal in his Sunday sermon at Northern Michigan Baptist Bible Church, referencing "false accusations (that) stop us from doing the work of God."

He also seemed to claim that the main story about Rebekah's claims, in Bridge Michigan, was based on anonymous sources. No claims were anonymous in that story, which quoted Rebekah and Aaron.

'Other allegations' about past Michigan House Speaker Chatfield are coming, sister-in-law's lawyer says