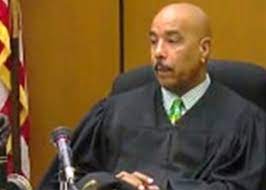 Wayne County Circuit Judge Bruce U. Morrow has been suspended for six months without pay after crass sexual comments to two female prosecutors during a 2019 murder trial.

The state Supreme Court issued the discipline Wednesday, concluding Morrow used "unnecessarily crass and sexual language" which did not “promote public confidence in the integrity and impartiality of the judiciary."

During a trial break, a prosecutor asked Morrow to evaluate her cross examination, which he compared to foreplay and intercourse, with the “climax” being when the medical examiner would state the cause and manner of death, authorities allleged.

Another remark came while the jury deliberated and the prosecutors and defense lawyers were in chambers and discussing the defendant's testimony during trial about having sex with the deceased woman who was pregnant.

Judge Morrow, according to court documents said something to this effect: “Does he think his dick is so big that he would hurt that baby?” He criticized the prosecutor’s questioning during jury selection by comparing it to asking whether someone was willing to have intercourse on a first date. He also guessed the height and weight of a prosecutor.

His attorney claimed the judicial panel twisted his words to make them seem far worse.

The punishment comes after the Michigan Judicial Tenure Commission last year found that Morrow committed judicial misconduct. The commission recommended a 12-month suspension, but the Supreme Court has the final say on disciplining judges.

Justice Brian Zahra noted in the ruling that he would have favored a sanction to permanently end the judge's career rather than issue just a half-year suspension.