Alexis Prince was a high school student when Lee Chatfield, now 33, taught middle school classes there. He later became a Republican state representative, rose to House speaker in 2019-21 and now is under state police investigation after claims by Rebekah Chatfield, 26, of sexual misconduct when she was a teen at the academy. 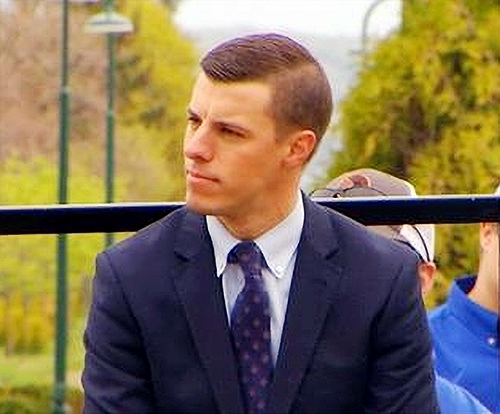 "Rebekah Chatfield is now married to Aaron Chatfield a younger brother and was also in high school with Alexis," Jim Kiertzner reports for the Detroit station.

Alexis Prince left NMCA after only one year -- 2011. She describes it as, "controlling, manipulative, abusive. A lot of the rules I would consider over the top and kind of cult-like."

She's now 27, married with 3 kids, and lives in Petosky about a half-hour away.

"The church was, it was almost like its own, like its own little community and everybody knew the rules and you followed the rules," she said. ... Girls could not be close to boys in school, long hair was encouraged for girls and if a student got out of line, [he or she] could be spanked.

Rusty Chatfield, father of the ex-legislator, is the Emmet County academy's superintendent and teaches history there.

WXYZ quotes a statement from a statement from Chatfield's attorney that says he and the woman who became his sister-in-law had a consensual relationship. "Mr. Chatfield’s affair with this woman lasted for years," the Okemos lawyer says, "but they were both consenting adults over 18."