Detroit's police chief says his department wants to "learn and grow" from unpleasantness in River Rouge Park two months ago, when officers ended a maple sugaring ritual by Native Americans.

Chief James White apologized for what he called the "interruption" three days after an abrupt halt to the Detroit Sugarbush Project event at night because of an open fire without a permit (video below). A daytime follow-up Sunday went off without police response as community members tapped maple trees for sap and heated it to make syrup, as the Detroit Free Press decsribes. It adds:

The ACLU and Detroit Indigenous Peoples Alliance are calling on the police department to engage in restorative justice. "We're primarily concerned about the fact that what happened did not need to happen," said Mark Fancher, ACLU attorney, at a news conference Monday.

"It happened because of ignorance and cultural arrogance, a presumption that because a community chooses to worship the creator in a way that may differ from the ways in which police officers might understand worship, or may differ from their particular faith traditions, that somehow it is less valid, it is somehow less legitimate and somehow not protected by the law." ...

If the police are worried about a potential safety hazard, they could have pulled an organizer off to the side to discuss it rather than shut the whole event down, he said. ... "Had they known the importance of it to the community, then their decision probably would not have been, let's go in and stage a SWAT-type raid and disrupt everything." 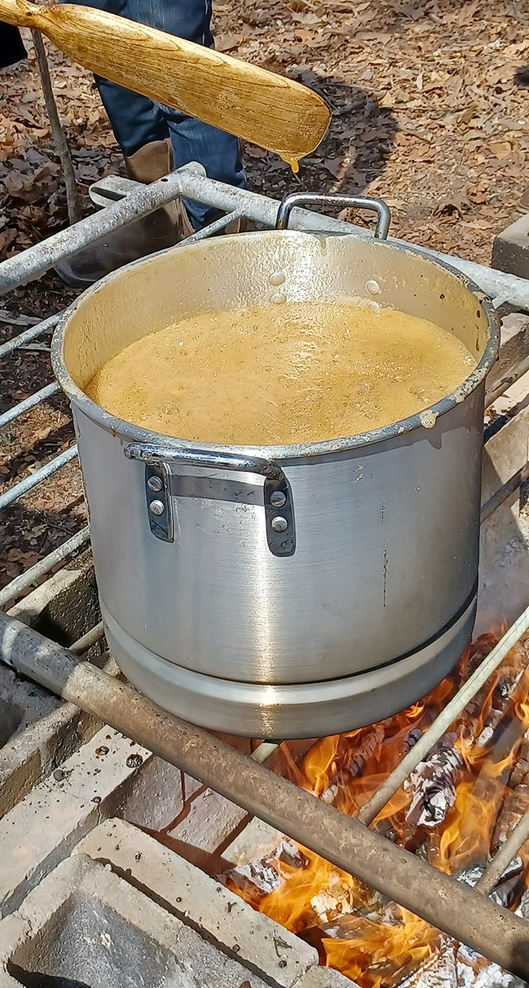 The paper also has an update from authorities:

Detroit police spokesperson Rudy Harper said the department reached out to set up a meeting, but Sugarbush Project members asked for time to heal.

"The officers did nothing wrong," Harper said. "The ceremony organizers did not have proper permits from the city."

Sonja Ballew of Dowagiac in Southwest Michigan, who was at the Feb. 18 ceremony with about a dozen people and at last weekend's sequel, posts Monday on Facebook: "I try and keep this connection of the past to know where I need to go in the future."

"Sugarbush" refers to a group of sugar maple trees growing in the same area and used to produce syrup or sugar.