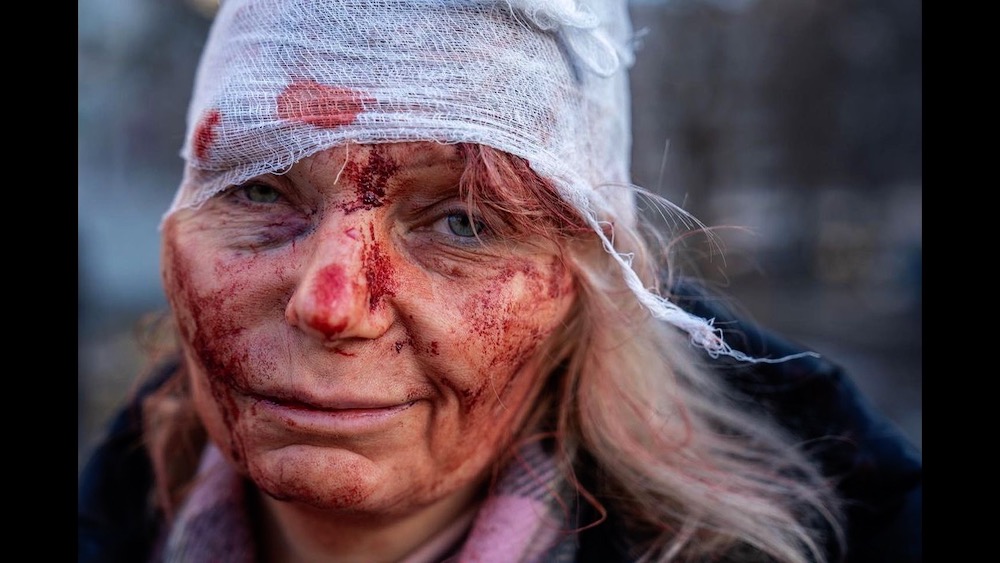 Like many others around the world, Detroit autoworker Ben Duell Fraser is angry about the death and destruction in Ukraine.

He produced a three-minute-plus rap video titled "Blue and Yellow -- Letter to a Russian Conscript." The beat is from Wiz Khalifa’s 2010 song "Black and Yellow."

"When the war escalated to a full-scale invasion, I started having those bullshit thoughts about 'if I wasn’t nearly 40, and had better eyesight, and didn’t have a wife and kid, and had some fighting experience, I’d go to Ukraine and help,'" he tells Deadline Detroit. "And all of that is irrelevant, because I am 40, with bad eyes, and a family, and no combat experience.

"So what is it I can do to try to help? Well, I know how to rap. I haven’t really recorded in 20 years, but I can make a song. Hopefully it cuts through some of the edgy contrarian bullshit that people of my generation tend to engage in. The truth is, Putin is the bad guy, Ukraine is the good side and I want to help clarify that."

Fraser, a Cass Tech and Wayne State University graduate who works at the Stellantis Detroit Assembly Complex -- Mack, is an occasional contributor to Deadline Detroit.

He said he's gotten some pushback from the video.

"I’ve attracted the attention of some Russian trolls on Reddit. Most people have responded favorably, but some of the trolls keep using the same word. They call the song 'cringe.' I also very intentionally included Donald Trump and Tucker Carlson in the video. That got some right-wingers upset who liked the song until they got to that part.

"I don’t think we should let people, the Putin apologists, just walk from this situation with their reputations in tact, after everything they’ve done to destabilize Ukraine."

The censored YouTube video is the first one below. The uncensored version is underneath.