Detroit will spend $1.3 million on 10 weapon detection systems for use at Police Athletic League games, high school sports, festivals and other events, starting this summer. Community groups can request the security safeguard. 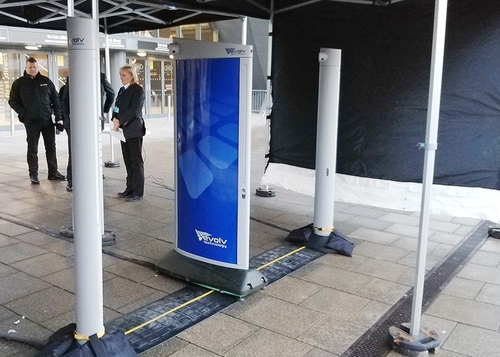 The portable scanners look like this. (Photos: Evolv Technology)

"It will also allow us to utilize our officers more efficiently," Bettison told council members ahead of Tuesday's vote. "These metal detectors will create safe spaces for large groups of people and will act as a force multiplier for our police department so we can spread officers out." ...

The scanners are equipped with software designed to distinguish weapons from personal items without requiring people to stop and hand over their belongings.

Council member Gabriela Santiago-Romero of District 6 explained her vote against the move:

"We have to address the underlying issues of poverty, homelessness, mental health and provide quality basic city services. I do not believe metal detectors will address those issues."

Angela Whitfield-Calloway of District 2 also opposed the contract, funded through general obligation bonds. The $1.3 million covers training for police, plus support and preventive maintenance by Evolv Technology of Waltham, Mass., the supplier. 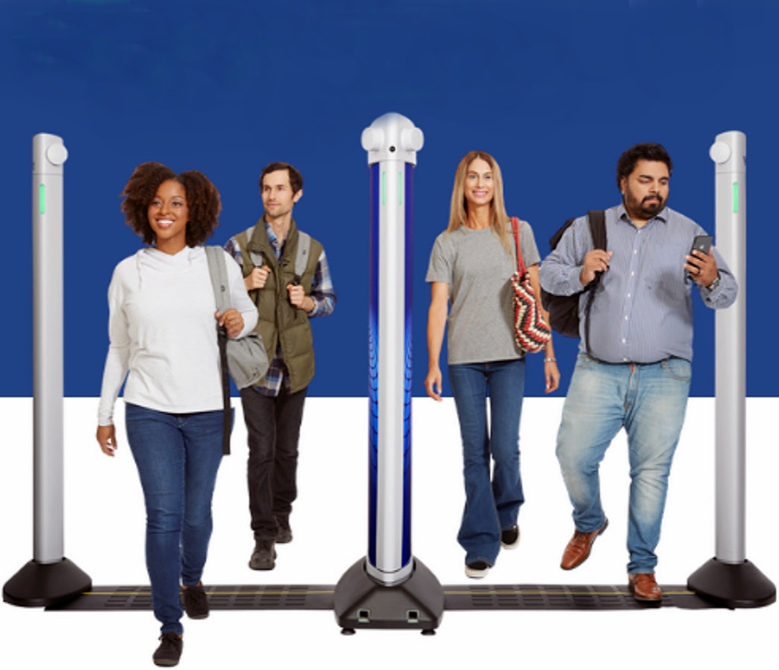 Promotional photo of the new-generation scanners

The Parade Company and Detroit Branch NAACP were among those speaking in favor of the portable scanners, according to Malachi Barrett of Bridge Detroit. So was council member Fred Durhal III:

"It's going to be a hot summer. Folks have been locked up two years due to Covid, and now this is going to be one of the first summers where things are fully open. ...

"I think about August of last year at McCabe Field, where three teens were shot during a football game right in my district, and what that would have meant if we had a metal detector in there to stop folks from coming in there with guns."

The manufacturer says its system, shown in a video below, detects knives and guns, but not phones, keys and credit card magnetic stripes. "There are items that people carry in their pockets or purses every day that pose no threat, but still set off metal detectors," vice president Steve Morandi writes in a blog post. "We want a seamless entry where there's no bottleneck."