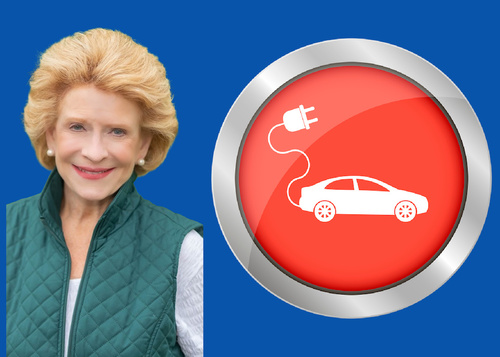 In a recent column expressing my disbelief about Stabenow mistakenly thinking that owning an electric vehicle shields her from mounting gas prices, I speculated that she possibly bought Ford’s red hot Mustang Mach-E crossover SUV. The electric vehicle is in short supply and people with money to burn are ponying up more than $20,000 over the $44,000 base price.

Buyers of course can get a $7,500 federal tax credit plus various state financial goodies because the wizards in Congress and Lansing think monetary incentives are needed to get rich people to buy upscale electric vehicles.

I figured Stabenow could easily afford Ford's electric Mustang, the most popular vehicle shipped out of Mexico these days. As I noted, Stabenow is blessed with her $174,000 salary and health benefits most Americans would kill for. I forgot about the $88,000 annual Michigan pension Stabenow is collecting because of nine years of service in the state legislature.

Stabenow could easily afford a couple of electric Ponies, but to her credit she bought American and is the proud owner of a Chevrolet Bolt EUV made with union labor in beautiful Lake Orion. Stabenow loves her new set of wheels and boasted at a congressional hearing that she drove her Bolt to Washington with nary a care about the soaring cost of gas.

In her own words

Here, Michigan, is your senior senator in her own words Tuesday at a Senate Finance Committee hearing:

“I just have to say, on the issue of gas prices, after waiting for a long time to have enough chips in this country to get my electric vehicle, I drove it from Michigan to [Washington, D.C.] this last weekend and went by every single gas station and it didn’t matter how high it was,” Stabenow said. “So I’m looking forward to moving to vehicles that aren’t going to be dependent on the whims of the oil companies and the international markets.” 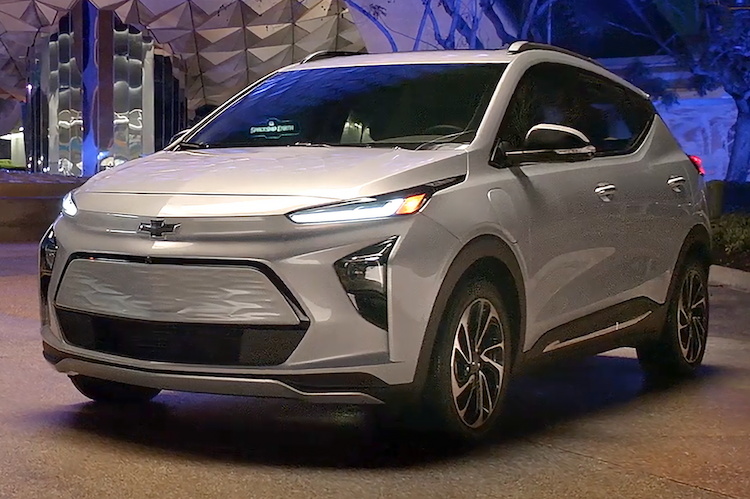 Michigan’s legacy media quickly provided Stabenow with cover after her comment went viral, saying “right wing” Republicans quickly “pounced” and were trying to make political hay. “Right wing” and “Fox News” are the media’s equivalents to what state troopers say when they don’t want people slowing down to gawk at highway accidents.

“Move along. There’s nothing to see here.”

Stabenow’s spokesperson Robyn Bryan was quoted as saying the senator will “never apologize” for driving a Michigan-made vehicle, and that right-wing critics owe the auto workers an apology for “disrespecting the products they work hard to make.”

Bryan’s correct. Stabenow should be rightly proud she bought a Bolt EUV, particularly since most other Americans don’t seem to readily want one. Why do you think GM CEO Mary Barra recently cut the price by about $6,000?

What Stabenow owes an apology for is her cluelessness calling attention to the ineptitude of Michigan’s national and state leadership. Let me walk you through just how asinine Stabenow’s comments were and why Michiganders of all political stripes should be questioning her competence to hold office. 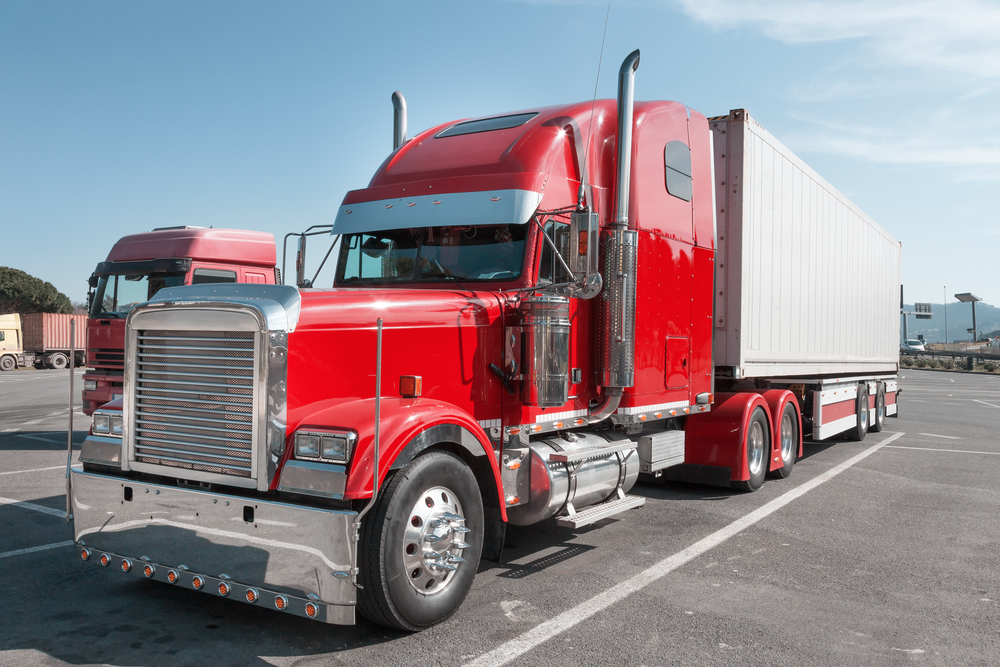 Stabenow might not have noticed, but she shared the highways with big rigs called trucks. These trucks carry stuff, like food, medicines, and parts like the ones Ford dealers need to handle all the company’s recalls. A truck no doubt carried the Bolt EUV Stabenow was riding in from Lake Orion to wherever her car was delivered.

But most truckers can’t.

According to The New York Times, the mean annual pay for a truck driver last year was $50,340, compared to $110,000 in 1980 after adjusting for inflation. The pay can be even lower for new drivers, or independent contractors, as they sometimes must absorb training fees, maintenance, and fuel charges. Little wonder people aren’t lining up to drive rigs, hence the driver shortage contributing to the supply chain crisis.

Truck drivers can’t afford the rising diesel prices and they’re warning something is about to give. A social media post by Austin Smith, owner of a transport company with a fleet of three trucks, went viral this week after he warned the trucking industry is on the brink of collapse.

“Trucking companies are going under left and right. (Literally hundreds weekly). If you’re not aware, what you’re wearing, what you’re eating, what you’re living in, what you’re driving, what you’re reading this on, was delivered by a truck. If something drastic doesn’t change in the next few weeks/months, I promise you, you’ll see empty shelves everywhere you look. You’ll see chaos are people fight for the basic necessities of everyday life. Food, medicine, etc.”

This savvy interview a local Houston television reporter conducted with the head of Texas’ trucking association offers additional insight. I’m guessing that people who are smart enough to live in the Lone Star State demand better content from their broadcast outlets.

I’m curious how many stops Stabenow made to recharge her Bolt on her trip to Washington. According to Wall Street Journal reporter Rachel Wolfe, on a recent four-day road trip in an EV from New Orleans to Chicago and back she spent more time charging her vehicle than sleeping.

Stabenow’s comment that she’s “looking forward to moving to vehicles that aren’t going to be dependent on the whims of the oil companies and the international markets” reveals an over-the-top ignorance.

The International Energy Agency (IEA) recently cautioned on the many issues that could spell serious trouble on the conversion road to electric vehicles, including supply chain disruption and rising prices of essential battery ingredients like lithium, cobalt, and nickel.

Grand Rapids-based journalist and manufacturing expert Jim Vinoski does a masterful job explaining that building EVs requires the mining of various metals, some of which causes considerable environmental damage.

As for no longer being dependent on international markets, China has already cornered the market on cobalt. And you know who played a role in helping them do it? Hunter Biden, the president’s son.

Think I’m spouting right wing conspiracy stuff?  Read it for yourself in The New York Times.

Michigan is in trouble and it’s because of clueless leaders like Stabenow. Underscoring the state’s economic desperation, Governor Whitmer held a news conference to announce a Quebec City-based company had agreed to invest $3 million to retrofit an Auburn Hills plant to manufacture electric chargers, in exchange for $800,000 in Michigan taxpayer money.

Whitmer is quite adept playing the Michigan media for fools. She said the $3 million investment would create some 130 jobs, but if this Detroit News article accurately captured her comments, Whitmer didn’t mention how much those jobs would pay and whether the manufacturing plant would employ unionized labor.

Rest assured, the Auburn Hills jobs aren’t going to pay $135,000 a year like the 3,000 direct new jobs Ohioans will enjoy as a result of Intel’s $20 billion investment to build chip manufacturing plants in that state. Ohio Governor Mike DeWine said thousands more jobs will result in related industries and community services, like equipment and material suppliers, restaurants, and entertainment.

Ford, despite Michigan being its birthplace, announced last year it would invest more than $11 billion in Tennessee and Kentucky to build mega electric vehicle and battery plants, creating 11,000 jobs. Stellantis opted for Indiana and Ontario for its multibillion EV related investments. 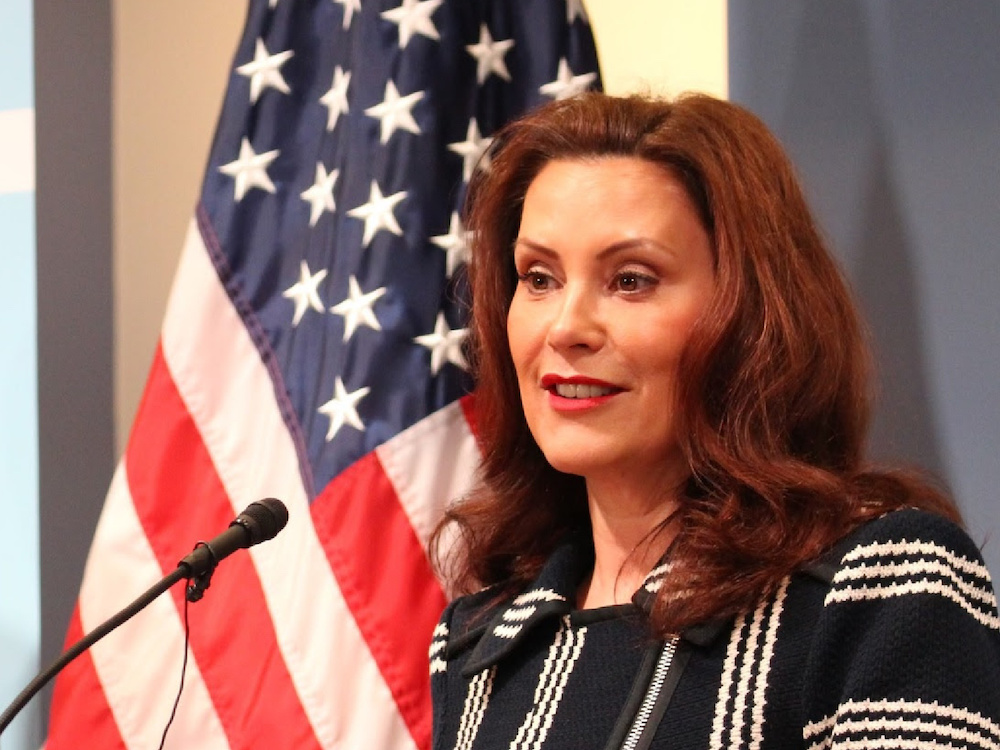 The piddly $3 million Canadian company investment notwithstanding, Michigan is losing on the international front. Last night I thought to myself that Israel might be a good place to lure businesses from but quickly discovered that Texas has already forged a tight relationship with that country, hence the reason Israel’s national airline offers regularly scheduled direct flights to Dallas and Houston.

Whitmer visited Israel in 2019 but she’s not a closer when it comes to attracting economic development. In fairness to Whitmer, it’s tough to attract business from Israel when Rep. Rashida Tlaib has made a global name for herself spewing antisemitic tropes, advocating an economic boycott, and promoting a dead-in-the-water bill recognizing Israel as an apartheid state.

Michigan’s economic future is dire, and Stabenow’s comments about not caring about gas prices should be required viewing so all Michiganders understand the severity of the state’s poor leadership. And before anyone accuses me of “right wing” pouncing, I’m the first to admit Michigan's Republican candidates aren’t much of an alternative.