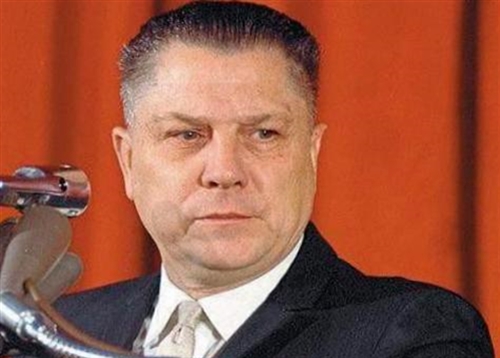 Acting on a tip, the FBI conducted a search of a former landfill under a New Jersey bridge for the body of missing Teamster boss Jimmy Hoffa and came up empty.

“Nothing of evidentiary value was discovered during that search,” Detroit FBI spokeswoman Mara Schneider said in a statement issued to Deadline Detroit Thursday night.

“While we do not currently anticipate any additional activity at the site, the FBI will continue to pursue any viable lead in our efforts to locate Mr. Hoffa.” The case is under the jurisdiction of the Detroit FBI.

Schneider explained that the FBI conducted the search of the site underneath the Pluaski Skyway in Jersey City in early June based on data obtained during a Fall 2021 survey of an area.

The New Jersey search now becomes just another unfruitful effort by the FBI to find the body of Hoffa. He disappeared after trying to meet up in July 1975 with some organized crime figures at the Machus Red Fox restaurant on Telegraph Road in Bloomfield Township.

Scott Burnstein, local crime writer and mob expert, said Thursday night that he was skeptical from the the start that Hoffa would be found outside of Metro Detroit.

"I'm not surprised, this is the result I anticipated," he said. "If you understand traditional mob protocal, this theory that they just debunked didn't make sense."

"This was a Detroit job from top to bottom."