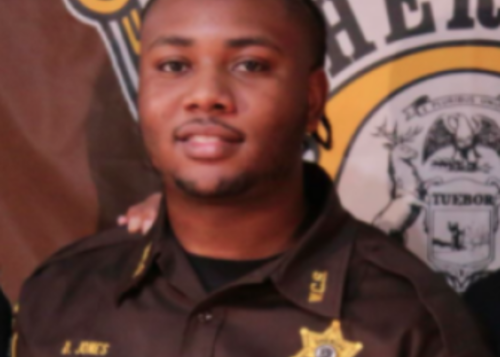 A fallen Wayne County Sheriff's deputy was texting with his alleged assailants in the lead up to his killing, Fox 2 reports, citing testimony from a Thursday court hearing.

Devante Jones, 23, was killed while dropping someone off at the Diggs housing projects on Forest near I-75 in the early morning hours after his shift at the county jail. Malikk Williams, 22, Gregory Freeman, 19, Christion White, 22, and Kevin White, 27, have been charged in the case.

"We had to leave to get guns and guns was out there," a text from Jones read.

One of the suspects allegedly replied, "Man talk is cheap (expletive) feel one of you stop right now. I got an AR and a Mag for you right now."

"Pull up, show me something, show us you in route or something," a text from one of the suspects said.

Jones replied, "You ain't saving (expletive). Stop flapping your gums cause I'm not a (hoe)."