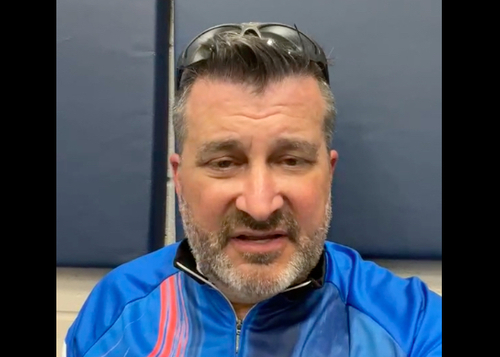 A West Bloomfield Township father and attorney was killed last weekend when authorities say a drunken driver hit him and four others as they bicycled in a charity ride for the Make-A-Wish foundation.

The Oakland Press reports Michael Salhaney, a 57-year-old former Oakland County assistant prosecutor, was killed during a leg outside Grand Rapids along with another man, from Ann Arbor. Three other cyclists were injured.

The alleged driver, Mandy Benn, is jailed on a $1 million bond and faces up to about 30 years in prison.

Those Salhaney knew professionally remembered him fondly in interviews with WXYZ:

"Mike was one of the kindest, most genuine, thoughtful, caring people I have ever met," said Debbie Binder, a friend of Salhaney and a co-worker as the West Bloomfield Township clerk.

Kind is the one word on repeat when you ask someone what Salhaney was like.

"Mike would always be there to answer the call and he would be the one to tell the police chief, 'Chief, it’ll be OK,'" West Bloomfield Township Police Department Chief Mike Patton said.

Just hours before he was killed, Salhaney took to Facebook to promote the dayslong charity ride across Michigan. He said he was riding because “Wish kids are some of the bravest and sweetest kids you’ll ever know ... Their innocence, resilience and unexpected wisdom stays with you.”