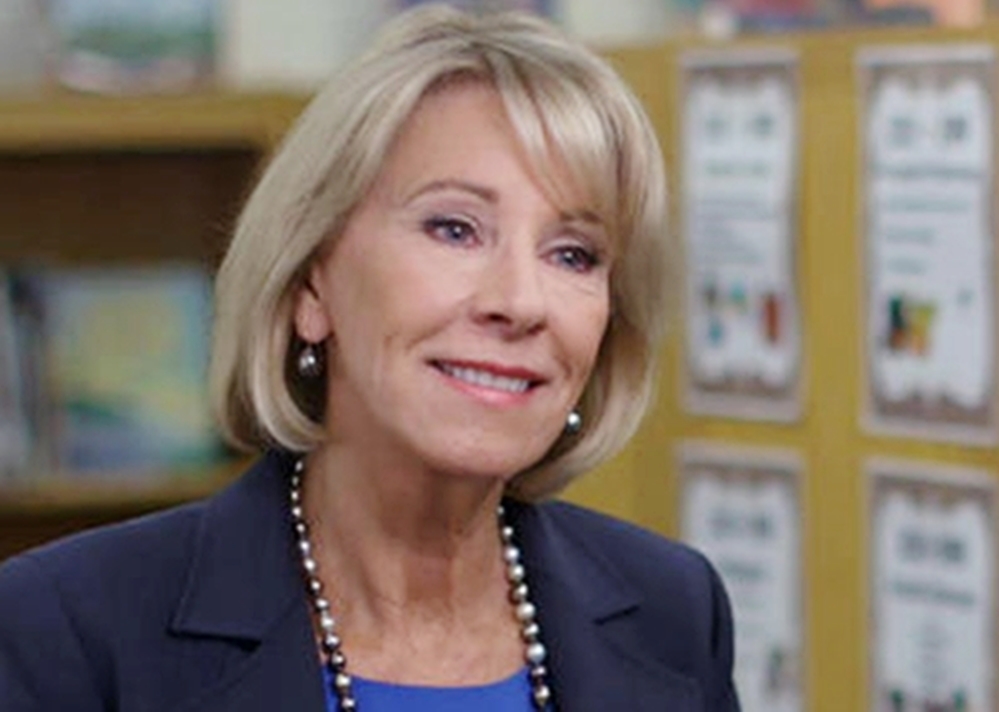 Michigan's Betsy DeVos, the former Secretary of Education under President Trump, claims Joe Biden “pressed his forehead against mine” during a conversation before he became president, the New York Post reports.

Appearing Wednesday on Megyn Kelly’s podcast on SiriusXM, DeVos said the incident could have been construed as “sexual harassment” under the administration’s proposed rule changes to Title IX.

“I’ve only had one encounter with Joe Biden and it was before he decided to run for president again,” she said.

“I was in a wheelchair. I was backstage after speaking... He came up to me, put his hands on my shoulders, and his forehead on my forehead for several seconds and had a conversation with me.”

“If [Biden] had done that as a student on a college campus under his proposed rule, I would have a Title IX sexual harassment allegation to levy against him because of his conduct.”

The Post writes that DeVos did not specify when the incident took place, but noted that her and Biden were guest speakers at the 87th annual winter meeting of the United States Conference of Mayors in January 2019.