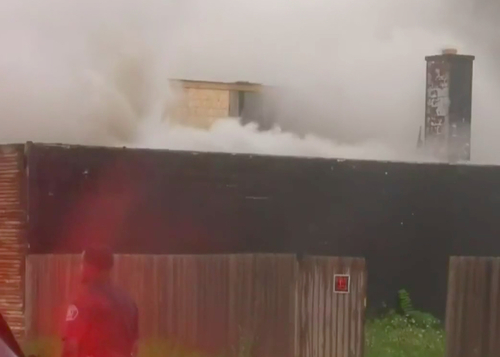 Five people were hospitalized Monday evening following an explosion and fire at a commercial building on Detroit’s west side, TV outlets report.

Police tell WDIV people in the building were making THC oil when the blast occurred. The building is near Mansfield and Schoolcraft streets, west of Greenfield Road.

Some neighbors had a front-row view of all the action.

“I just heard a loud boom,” said Tay West. “I looked out, and then I just saw it on fire and a whole bunch of people coming out of it. I don’t know for real. Like, I assumed somebody was hurt. A building is on fire, and you see people coming out, so you assume that they would be hurt or something.”

"... I seen people run out half naked, with their clothes off.”

The victims are said to be in temporary-serious condition.

A strong smell of fumes was reportedly emanating from the scene. The cultivation of THC concentrates like oil often involves butane gas.

There have reportedly been a number of similar explosions statewide in recent years.