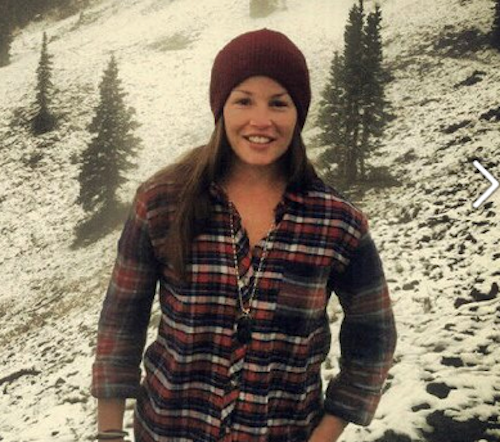 PARK CITY, Utah — She’ll tell you the motivation that keeps her competing is simple.

It’s not the history-making opportunity to be among the first women to compete in her sport at the Olympics. That’s happening in less than 100 days in Sochi, Russia.

Nor is it the medal count. She’s already a world champion, the first in her discipline, and she’s claimed 16 national titles and more than 50 top-three finishes in international competition.

No, Lindsey Van insists she competes in ski jumping for the pure joy of waiting at the top of a 90-meter ramp, skiing down it and flying hundreds of feet in the air.

“I do it because I love it, and that is all the motivation I need,” says Van, a Michigan native who is a frontrunner to make the 2014 Olympic team. “It’s a very fun and unique feeling to fly, so I try to jump as far as I can because it’s fun.”

Van, who was born in Grosse Pointe, moved with her family to Utah as a kid and never got off the mountains. She first slid down a snowy three-meter jump and into the air at the age of 6, not knowing or caring that the Olympics weren’t a place she could land.

At that age, who is thinking about sponsorship potential, gender equity or the chance to prove yourself on the ultimate world stage of sport?

Through her youth, Van just kept jumping, mostly winning, and always hoping for a chance at the Games.

Now at 28 years old, they call her “grandma” on the circuit.

And if she’s feeling aged, who could blame her? She’s been at it since before some of her competition was born.

She also was the public leader, admittedly reluctantly, in the fight for inclusion of her sport in the Olympic Games.

Battle to Convince the Olympics

Van, her teammates and their supporters launched the decade-plus lobbying effort aimed at the International Olympic Committee (IOC) and the International Ski Federation, whose president in 2005 claimed in an interview with NPR that ski jumping “seems not to be appropriate for ladies.”

The women fought to compete at the Vancouver Games on the hill where Van held the record for longest jump. That was among women AND men until the gold medal-winning jump in 2010.

When their lobbying failed, Van and 14 other athletes sued the organizers of the 2010 event in a battle that went to the Canadian Supreme Court. Since the Olympic venue was built with public funds, their argument went, women could not be excluded under Canadian law.

Van’s tearful interview outside the court when they were denied was captured on film and will undoubtedly feature prominently in NBC’s coverage of the Games.

Hopefully, it will be juxtaposed with her at the top of the ramp ready to jump into history. In 2011 the IOC finally voted to include women’s jumping next year, opening opportunities to women around the world and giving Van a chance she hasn’t had in her unprecedented athletic career.

With her decisive win at the U.S. championships last month, Van proved she’s still a contender. After a few years of injuries, surgeries, the competition catching up and a bit of burnout, Van is planning on the Olympic trials at the end of next month. The winner will go to the Games in Russia with the other up to three members selected to represent the United States.
Van is reminding the powers-that-be that she’s deserving of a spot. Her latest national title was her 16th. 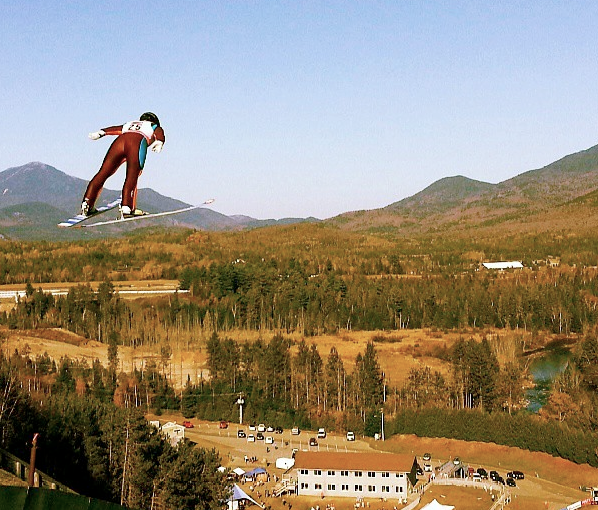 The United States Olympic Committee archivist and historical steward, Teresa Hedgpeth, couldn’t tell Deadline Detroit if any other athletes have earned such a sweet number of titles.

The USOC doesn’t keep such a count.

“Even without knowing if this is a record, Lindsey’s achievement stand on its own merit as truly outstanding,” Hedgpeth said.

Van, for her part, is training and keeping it in perspective. Her typical day this past year has included between three and eight hours of workouts including jumps on the hill, weights in the gym, cardio work of mountain biking, treadmill, hiking or stair running, and yoga.

“I focus on having fun and staying healthy,” she says. “My training hasn’t changed too much in the last couple of years. … I wouldn’t say this year the training is any different because of Sochi. I have always trained to be the best athlete I can be, and I want to prepare the same for this year as well.”

She’ll do as much media as she can in the pre-Games hype but says training has to be a priority. Her portfolio already includes being the protagonist of the independently produced documentary film, “Ready to Fly” available on iTunes after showing at several film festivals. Other “normal” pre-Olympic hype started last year with NBC crews showing up to film at the Utah training hill.

“The media attention has been quite intense lately. It’s great to see people care about our sport,” she says.

Still, Van pushes aside whatever pressure there could be on her. The snow is starting to stick this week at her Park City training facility, the site of the 2002 Salt Lake Games. But she’s doing what she’s done since was a grade schooler who just loved to fly. That was when knew nothing of the international drama and pressure that comes with the Games, never mind the first to include women on the ski jumping hill.

“I have jumped for 20 years without the Olympics being possible, so it was never what kept me motivated,” she says. “My motivation comes from passion.”

More information about women’s ski jumping in the United States, Van and her teammates may be found through Women’s Ski Jumping USA, online at http://www.wsjusa.com and www.facebook.com/WSJUSA.