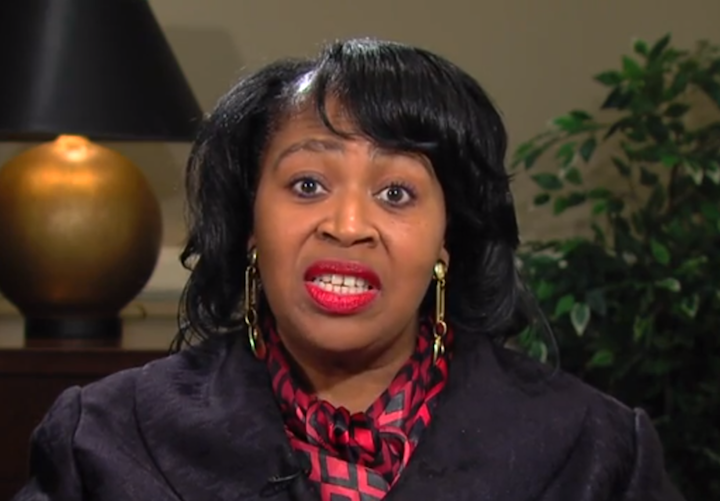 All this after one vote?

The Detroit City Council had barely finished its first decision of the new political season — choosing outspoken populist Brenda Jones to replace the moderate Saunteel Jenkins as council president — before the selection was being excoriated as a portent of dark days to come.

Nolan Finley’s head exploded all over The Detroit News as he blasted Jones as an obstructionist, frothed mightily over her union ties and declared the newly minted council’s start “disastrous.”

Dan Howes pilled on, calling Jones a “holdover from the last council’s just-say-no-block.” Howes also wondered aloud whether the members who chose Jones would further the Council’s reputation as “part of Detroit’s problem, not its solution.”

Even here on the home front, we announced Jones’ election with a fretful headline that described her as an “anti-takeover militant,” as though Huey P. Guevara had just been appointed head of the armed wing of Hamas.

At the heart of the worries? Jones doesn’t like Kevyn Orr (not unlike the majority of Detroiters), thought the Belle Isle deal stunk (as did Jenkins and most of the council) and just generally rankles those who’d rather dispense with the messiness of democracy and hand this whole municipal governance thing over to the city’s great corporate fathers.

Jones’ critics accuse her of walking in lockstep with former council members Joann Watson and Kwame Kenyatta in their philosophical opposition to many of the changes that have been imposed on the city, from the consent deal to the installation of Keyvn Orr as EM to the retention of Orr’s old firm as bankruptcy counsel.

They also blast her for refusing to accept Orr’s depiction of the city’s finances, but that doesn’t make her any different than some former Goldman Sachs bankers or ex-state treasurers or New York Times columnists. Arguing against Detroit’s bankruptcy doesn’t inherently make you crazy or unworthy to lead.

Not surprisingly, many of those critics are the same sorts who want government out of the way as much as possible so that Detroit’s unelected leadership — be it Orr or deep-pocketed foundations or corporate titans — can force their vision on the city and region unopposed.

Whenever this crowd frets about a wrong move for Detroit, I always wonder about whose Detroit they’re talking about. The Detroit that made promises to provide its firefighters and cops with a little piece of change to live off of once they got too old to work anymore? Or the Detroit that builds stadiums for billionaires — and cuts deals with the financial institutions that even Orr suspects bilked us — while scapegoating old folks as the cause of fiscal downfall?

Criticism Isn't All About Jones

In some ways, the criticism isn’t just about Jones It’s about anyone who’d dare to challenge the prevailing narrative that says the worst of Detroit’s woes are self-inflicted and that union-hating, free-market zealotry is the cure for what ails us. It’s also about the same ugly, paternalistic frustration with those who refuse to “vote the right way” that helped fuel the takeover of Detroit in the first place.

For Detroit to “move forward,” they argue, the city can no longer afford those who think Orr’s appointment and the machinations that led to it were anti-democratic. In order for Detroit to come back, they contend, it can no longer elect anyone who would challenge the sort of unfettered free-market chicanery that helped destroy our housing market and city finances.

Finley makes much of Jones’ ties to organized labor, as if it is inherently misguided to stand with working men and women and $19,000-a-year pensioners over those who do the bidding of Wall Street and the governor’s mansion.

I wonder too how much of a role race plays in some of these criticisms and in some of the discomfort Jones generates. Like Kenyatta and Watson, Jones has talked loudly and often about the racist implications of the state takeover of Detroit, implications that even some otherwise fair-minded people have been all too eager to gloss over. Easier to just wish people like this away—or better yet dub them “racists in reverse” for merely broaching the topic — than deal with the substance of their complaints.

But deluding ourselves won’t change anything, and neither will trying to chase from the stage anyone impolite enough to address the issue. Treating racism like a relic of the past rather than an ongoing phenomenon that continues to warp everything from budget priorities to public policy only ensures its continuation.

This isn’t to say that Brenda Jones was or is the best political option for Detroit, or that the savvy and experienced Jenkins would not have been a good choice. Frankly, I’m always skeptical of long-time political operators, be they on the left or right. And I agree with the Detroit Free Press when it says that Jones has to go beyond carping about Orr and Snyder to craft a bold and front-facing vision for the council and the city.

But Jones also doesn’t strike me as the worst the city could do and probably doesn’t merit the apocalyptic overtones that greeted her election. She appears to know how to organize. In besting Jenkins, whom everyone figured would win the council presidency, Jones showed a capacity for shrewd maneuvering. And she has at least said the right things about forging a cooperative relationship with Mayor Mike Duggan.

(Plus, Orr’s authority still trumps that of the council or the mayor, and it’s doubtful that he’d invest the council with any real authority irrespective of who’s council president. Jenkins might’ve been easier for him to work with, but in the end, he’s still Detroit’s one-man branch of government.)

The fact remains, though, that Jones does indeed reflect the sentiments of many in Detroit who are displeased with Orr and wary of state intervention. And these people deserve to be heard, deserve to have political representation that will echo their feelings, regardless of whether neocon business writers find them “moderate” or not.

Moving Detroit forward is fine. And making room for new voices is essential. But moving forward also means recognizing the need for a broad representation of Detroiters, including those whom some others desperately want to leave behind.