The glitzy showcase filling Cobo each January is always about more than wheels, and this year's auto show fills a particularly important role for its host city.

Journalists from around the globe will see that Detroit "didn’t lock its doors or close the gates," one industry figure tells Alisa Priddle of the Free Press. 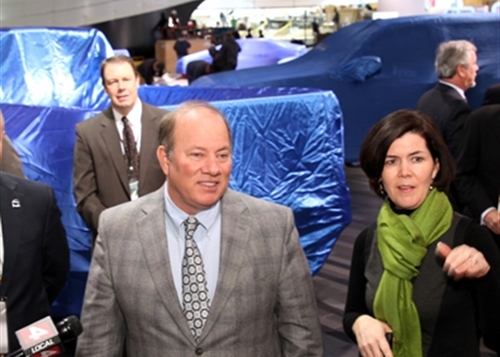 “Detroit is still the center of the auto industry," adds that interviewee, Kristin Dziczek, a director with the Center of Automotive Research (CAR) in Ann Arbor. “World visitors will be positively surprised by how vibrant a bankrupt city can be.”

The auto industry's . . . successful rebound is in the spotlight this week as thousands descend on the Motor City for the 2014 North American International Auto Show. . . .

If the world’s media expect to see shiny new cars shoehorned into an aging convention center surrounded by blight and wild dogs, they will be sorely mistaken. . . . Downtown [is] bustling with new business, residents and optimism even as lawyers hammer out a restructuring plan to pay for better lighting and emergency services.

The financial recovery by automakers is an example of what Mayor Mike Duggan, Emergency Manager Kevyn Orr, the governor and countless others hope is ahead for Detroit, Priddle suggests in her Page One lead article.

The remarkable recovery of Detroit’s automakers since General Motors and Chrysler filed for bankruptcy in 2009 serves as a hopeful tale of what successful restructuring and discipline can do. . . . Like it was for the automakers, the [city's] restructuring is forced, but it provides the pivot point from which progress should stem. . . .

“The resurrection and success of the auto industry in a relatively short time shows bankruptcy can bring hope,” said David Cole, chairman emeritus of CAR. “Bankruptcy brings discipline to the party and changes everything.” 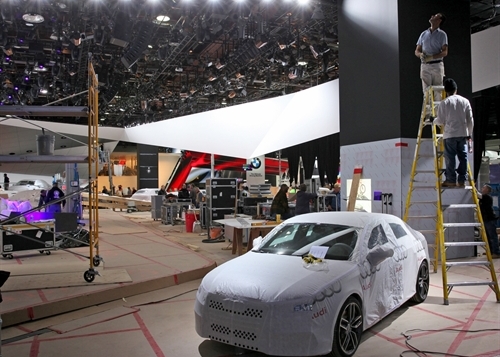 The Free Press wraps up with this observation by economist Charles Chesbrough of the IHS Automotive forecasting firm:

“No one thought the industry would be this far along. Hopefully Detroit will follow. I’m optimistic for the first time.”