There was a buzz in downtown Detroit around Griswold, Fort and Congress streets on Thursday as film crews and security folks invaded in the morning and part of the afternoon, blocking off certain areas while filming the upcoming movie "Batman v Superman: Dawn of Justice."

There were plenty gawkers and plenty security folks and production assistance with headphone sets telling people not to videotape or take photos during actual scenes. Not everyone listened.

One scene included a security vehicle zipping out of the alley between the Ford and Penebscot buildings on Griswold. Spectators were enthralled.

The film crews and security did a lot of standing around between short filming scenes. Ben Affleck was nowhere to be seen, but there were rumors that he might be on the set tomorrow.

Crews are expected to return to the area on Friday and Saturday.

There was no shortage of young people with headphone sets working security. 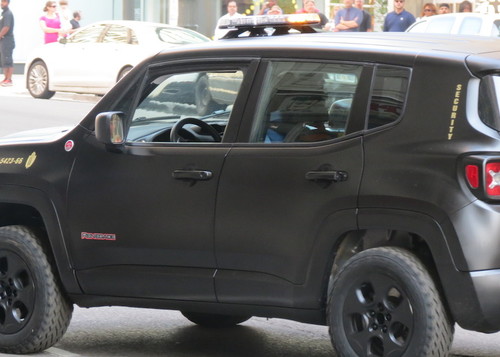 This was the security vehicle that zipped out of the alley during filming. 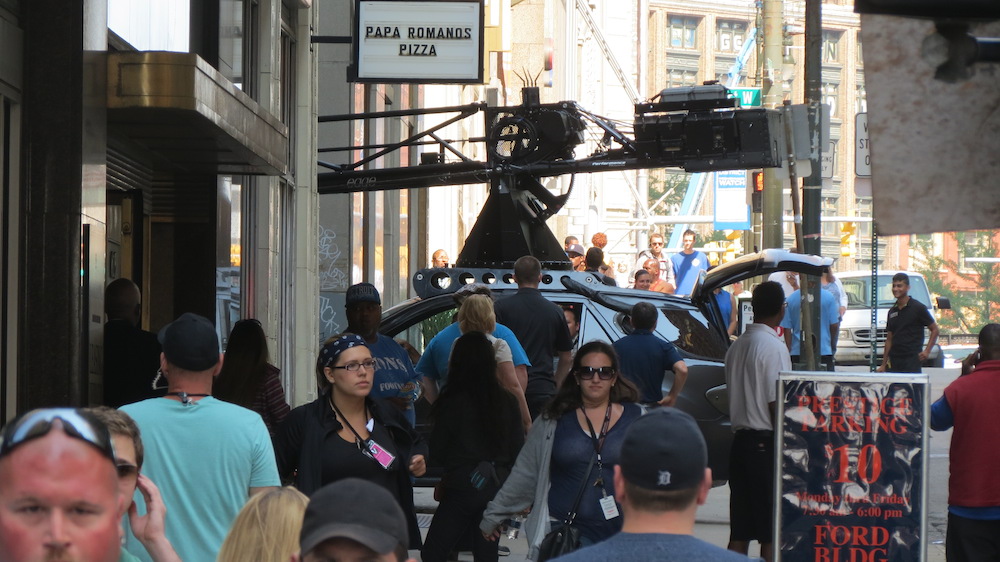 Some folks walking down Griswold were amused by the camera vehicle.

Something important appeared to be going on. Just what, is unclear. It seemed rude to ask at the time. 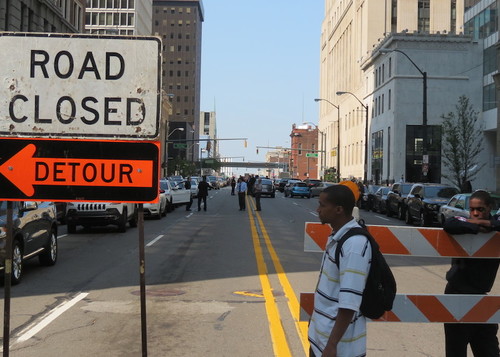 A stretch of Fort Street was blocked off. 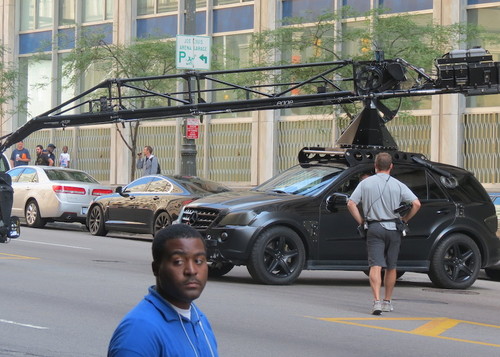 Not the typical vehicle you see in the middle of Griswold. 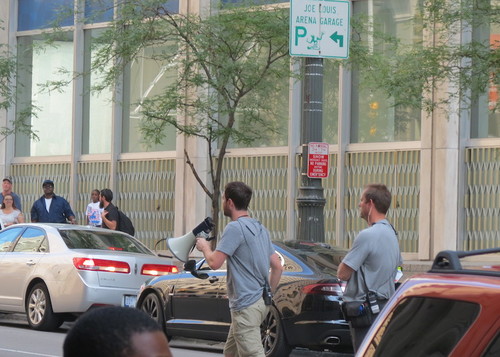 The man with the megaphone has some authority to get things done. It's pretty loud.