This Sept. 25 article is the first repost of notable 2015 content, based on readership and editors' choices. Our Top 10 series runs through Dec. 31.

Any time you put ex-Rep. Todd Courser in the same room with Fox 2's Charlie LeDuff, it's bound to have entertainment value.

Courser had an affair with state Rep. Cindy Gamrat. Fellow lawmakers found they misused taxpayer resources to cover up the affair. Gamrat was expelled by the House earlier this month. Courser quit just before he was about to be expelled.  Both Courser and Gamrat are running in a special election to recapture their seats. 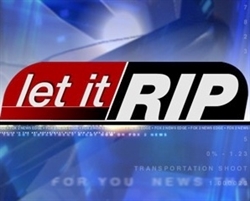 Exchanges between LeDuff and Courser are entertaining:

LeDuff: Did you get kicked out or did you resign at the last hour?

LeDuff: OK, dig it dude. You resigned, so what are we doing here? I don't know what goes on in Lapeer, but down here when our public officials mess up, they get lost for an hour, pretend like they're sorry. Then they come back. You quit and now you're re-running for the seat you resigned?

Courser: I did. I resigned and obviously they were on their third attempt... I think it was 14 hours of deliberation where they locked these lawmakers in...wouldn't let them get up to use the restroom. Wouldn't let them eat until they voted. And they went for 14 hours. Actually I was protected by the Democrats, which is sort of a, I guess is poetic or Shakespearean....

A few minutes later, LeDuff confronts Courser about his affair with Gamrat.

LeDuff: Did you have sex with her?

LeDuff: Well, I've never met up you until now. Did you or didn't you?

LeDuff: OK, so don't you find it rich that you are known as a defense-of-marriage guy and then you would pull this nonsense and you want the people to put you back in office?

Courser: I think it absolutely should be up to the voters to decide.

LeDuff: But you already quit. You quit. You decided. Why is it up to the voters?

Courser: Because the voters should have had opportunity to be able make that decision.

LeDuff then talks about Courser being a fiscal conservative.

LeDuff: You resigned. You made a disgrace to the office and now there's a special election. You're running to replace yourself and it's costing 150 grand. What kind of fiscal conservative is that?

Courser: They have to have the election anyways.

LeDuff:  Yeah, because of what you did.