Selweski: 'Rocky' Raczkowski Tries to Brush Aside His Rocky Record

Chad Selweski covered state and regional politics for The Macomb Daily for nearly 30 years. He contributes to Deadline Detroit and blogs at Politically Speaking.

Andy “Rocky” Raczkowski’s nickname may portray him as a fighter, but his several entrances into the political ring over the years have all resulted in the Farmington Hills Republican suffering a black eye, dogged by claims of shady dealings on his way to election defeat or retreat. 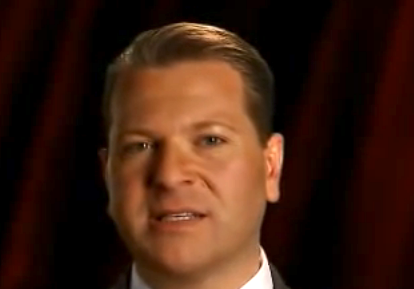 Raczkowski’s track record is one of failures in seeking U.S. Senate and House seats. A 2010 House run blew up when word of a $6.5 million fraud lawsuit filed against him by former business partners came to the forefront.

Yet, Rocky, as he likes to be known, perhaps stands as the early front-runner today for the 11th Congressional District seat being vacated after next year, which encompasses some of the largest cities in suburban Detroit.  At this early stage in the 2017-18 cycle, name identification among voters is everything. Thanks to Hollywood, Rocky is a name everybody recognizes.

Raczkowski, 48, jumped to the front of the line last Monday by quickly reacting to the GOP scramble for the 11th District (portions of Wayne and Oakland counties) after Republican incumbent Rep. Dave Trott made a surprise announcement, after just 2½ years in office, that he is retiring next year.

Rocky entered the race with typical bravado --“We are going to win. Period,” he said – though he is eyeing the 11th District for the third time in six years.

All told, Raczkowski lost a U.S. Senate race in 2002, withdrew from a bid for Michigan Republican Party chairman in 2005, withdrew from a second Senate run in 2007, lost a House election in the old 9th Congressional District (Oakland County) in 2010, considered running for the U.S. House again in the current 11th District in 2012 and 2013, and lost a race for state Senate in 2014.

When Rocky first took a swing at the redrawn 11th District seat in 2012, he collected nearly $750,000 in contributions before deciding not to run. He spent practically all the money on mail solicitations across the country seeking more campaign cash.

A Fox2 news broadcast at the time reported that most of the donations received were sent by retirees wooed by Raczkowski’s sales pitch that he would bring conservative Republican principles to Washington. Federal election records show that he used some of the funds to pay himself back for $55,500 in previous personal loans to his campaign committee.

Early in the next election cycle, in 2013, Rocky apparently meandered through the early stages of another 11th District run, with his congressional committee collecting a little over $1,000, before he decided that state Senate was the place to be. He ran for a central Oakland County Senate seat and lost the August ’14 GOP primary election by a narrow margin. But what happened during and after that Senate campaign is what’s so telling.

Raczkowski racked up $7,030 in fines from the Secretary of State’s Bureau of Elections for repeatedly failing to file required finance reports that publicly disclose which individuals and political action committees (PACs) have contributed to his campaign committee, which is still on file. From April 2014 to August of this year, Rocky has not filed eight reports required on a periodic basis by state election law.

Several of his scofflaw incidents have been referred to the state Attorney General’s Office for possible action under civil law. For the past two years, Rocky has ended up on the state’s list of deadbeats who have thumbed their nose at the system.

Meanwhile, with a new congressional campaign approaching, state officials say Raczkowski seeks a deal with the Bureau of Elections to pay at least a portion of the fines and finally submit campaign finance reports that reveal his past contributors.

Raczkowski, a regular on Fox 2's "Let It Rip," tells Deadline Detroit he believes the matter can be cleared up within days. He claims that he dissolved his state Senate committee in February 2015. Bureau of Elections documents show no such thing. Instead, what they do show is that Raczkowski’s campaign committee received a combined 30 notices from the Elections Bureau over a 29-month period from 2014-17, but refused to file the reports or pay the late fines.

It should be noted that the Elections Bureau grants extraordinary leeway to candidates, sometimes giving them four or five months to correct their “failure to file” a specific report before issuing the maximum fine of $1,000.

“The transparency of knowing who is giving money to an elected official or a candidate for public office is absolutely crucial to our political system,” said Craig Mauger, executive director of the watchdog group Michigan Campaign Finance Network. “Public disclosure is a value held high by liberals and conservatives.”

As for the lawsuit filed by his partners in a concert-ticket selling operation, Rocky was accused of pocketing huge amounts of money related to ticket sales for a 3-day event in South Dakota that featured a concert by country music star Kenny Chesney. When the case was finally settled in court just months prior to Raczkowski’s declaration of his 2014 state Senate candidacy, he insisted that he ended the matter by paying just $5,000 to the plaintiffs.

No independent verification of the amount became public.

No transparency, once again.