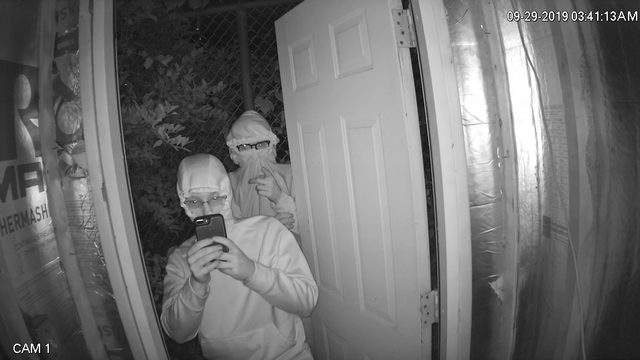 The pair at the scene. (Photo: WDIV)

The fun is over.

Tips led to two teens being arrested in connection with uploading a pornographic video on an electronic billboard along I-75 in Auburn Hills last Sept. 28, WDIV reports.

Auburn Hills police allege that the the teens -- a 16-year-old boy from South Lyon and an 18-year-old man from Sterling Heights -- broke into a shack at 10:49 p.m. Sept. 28 and posted a pornographic video on the billboard on the east side of I-75 south of M-59. Motorists reported the incident. They were wearing hazmat-like disguises.