'Lapse in judgment:' Detroit firefighters in New Year's Eve pose will get discipline 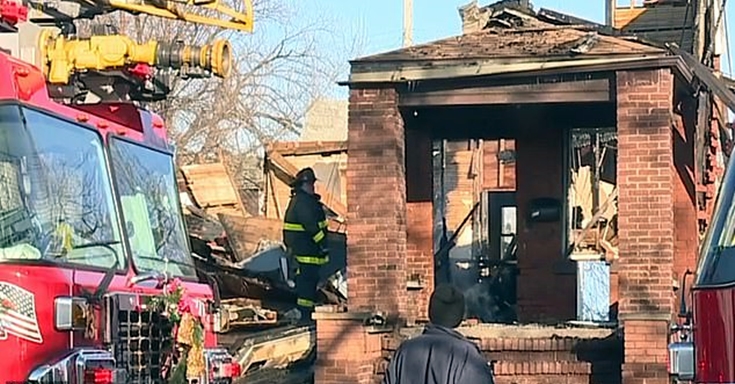 This New Year's Day scene is from WDIV's follow-up to the photo below.

Participants in a notorious holiday eve fire photo last week have a new reason for regret.

Everyone who posed on Green Street in Delray that night will get some sort of discipline, Detroit Fire Commissioner Eric Jones says in a statement quoted by The Detroit News. A "momentary lapse in judgment ... brought great embarrassment to our department and our great city," he says.

Jones had indicated that punishment could come in a New Year's Day reaction to this Facebook photo below, which was deleted that afternoon. The men posed as a sendoff tribute to a retiring battalion chief, standing at center with his helmet off. 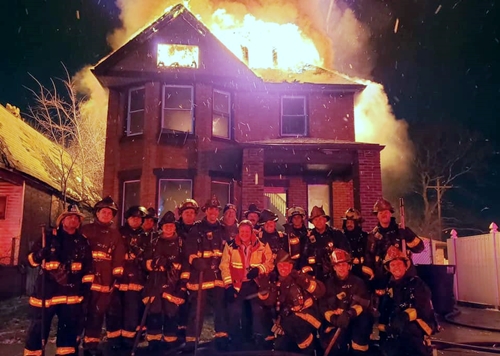 Exhibit A in the case of the unwise retirement gift.
(Photo: Facebook/Detroit Fire Incidents Page)

"The investigation reveals that firefighters did enter the location to initiate fire suppression operations. However, due to concerns about structural integrity, the firefighters were ordered out to assume a defensive posture.

"All involved will be held accountable. Because this is a personnel matter, I cannot discuss details of the discipline. However, supervisors and above will receive a greater degree of disciplinary accountability.

"I am satisfied that everyone involved has shown the appropriate level of regret for this inappropriate behavior."

Reporter George Hunter, citing New York Post coverage Jan. 2, notes that "the home had been in the family of Deonte Higginbotham for 50 years and was under renovation to accommodate his sick mother, Dorothy."

Detroit Firefighters Could Be Punished for This New Year's Eve Photo on Facebook, Jan. 1