Detroit's new 'chief storyteller' posts about where he's coming from ... and going

Eric Thomas, on Mayor Mike Duggan's payroll since last week, is ready to heed an inner voice that he hears as a Detroit thing: "We 'bout to get it crackin'."

At The Neighborhoods, a city information site launched in August 2017, the marketing agency co-founder defines his new job's offbeat title -- chief storyteller: "I am here to celebrate Detroiters and connect Detroiters to resources to improve their quality of life." He pledges "to use my experience to provide platforms for our city to be truly seen." 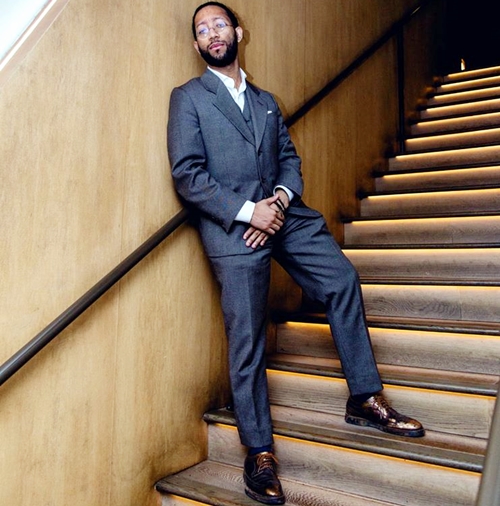 Away from that official platform, over at his Facebook page, the 32-year-old acknowledges that joining city government puts his credibility and reputation on the line. "I don't take the trust for granted," he tells 5,000 followers, adding:

We must be as intentional about fixing Detroit as people were about breaking it. Hold me accountable for the things that I do. ...

I am not just here to "write fluffy stories." I am here to show the world something we all know. Detroiters are the truth. We must drip Detroitness. Our asset is Detroiters.

I want to connect Detroiters to resources in a way that people haven't seen before. And I want to preserve Detroiters' cultural heritage with some intention.

Back at the city site, Thomas' debut post applies his motivational speaker voice to tell why "It's Time for Detroiters to Own Their Story:"

I believe in Detroiters. I believe in the pervasiveness of our culture. ... I believe that a pervasive, consistent narrative of hope -- coupled with true action to empower the dreamers, fighters and, yes, the everyday Detroiter -- can change our city for the better.

When you see your city government, you should see your self. You should know that they are working on your behalf because they honestly know and understand you. That they speak for you, especially when they speak about you. ...