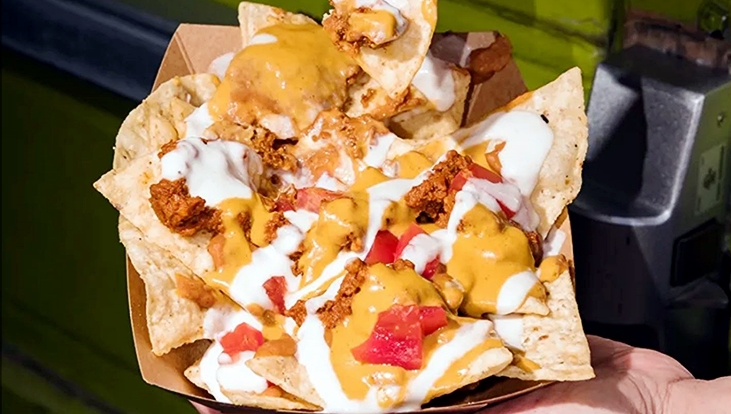 Street Beet creators Nina Paletta and Meghan Shaw return to the Cass Corridor this week to cook vegetarian pub grub regularly, rather than as an occasional pop-up.

Starting at dinnertime Thursday, they'll serve at 3rd Street Bar five days each week. Unlike a three-night weekly gig there last November and December, this run is open-ended.

"We have a bigger, tastier menu ready for you and we can't wait to be back in the kitchen with our team," the two entrepreneurs tell 8,400 Facebook followers. Orders placed at a back counter will be brought to tables or barstools, and also be available for takeout. 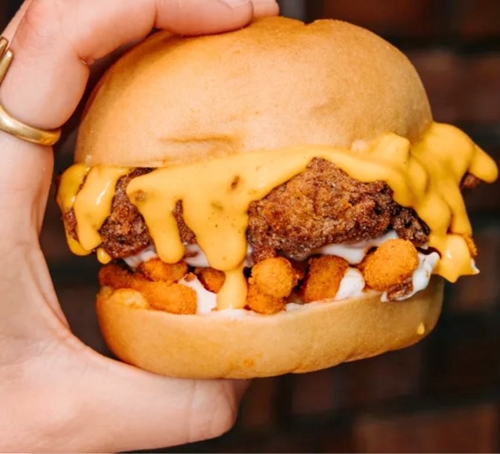 This not-chicken sandwich with Violife cheddar and fries looks like ideal pub grub. The roll is from Brown's Bun Bakery in Southwest Detroit.

The new menu, shown as the last gallery item below, has 11 selections, four styles of fries and a dessert. Prices aren't listed; they ran $6-$9 per non-dessert item last year.

Street Beet gained a cult following for its vegan comfort food pop-ups going back to 2018. Their blockbuster hit series was a vegan riff on Taco Bell called Taco Hell. ...

Paletta and Shaw had clearly found a niche; however, the logistics of running one-night-a-month events out of bars was unsustainable and the pair began to look for other options to grow the business. "We were tired of transporting our stuff all the time and dealing with the uncertainty of pop-ups," Paletta tells Eater. ...

Paletta and Shaw have expanded their staff from eight to 18 part-time employees to meet the needs of the restaurant.

Four months after being named best pop-up dining experience by Hour Detroit readers last June, the pair were finalists in the yearly Hatch Detroit opportunity for startups. They also tried a 2019 crowdfunding campaign to launch a North Corktown restaurant, which raised $4,500 from 89 people -- far shy of the $75,000 target. 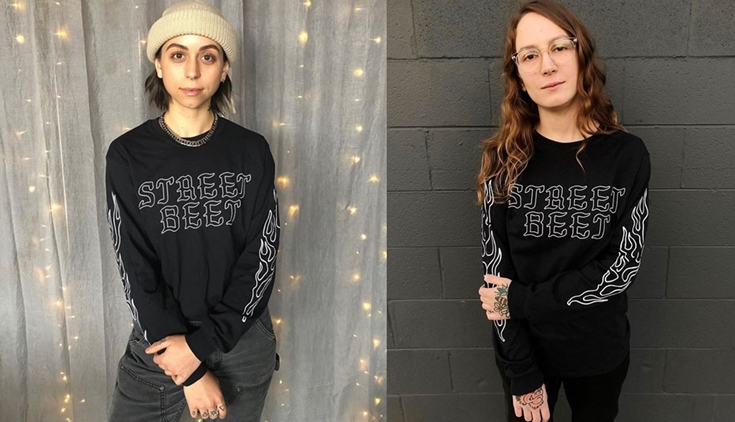 Owners Nina Paletta and Meghan Shaw, right, built their business because "we had very limited [vegan] dining options available to us." 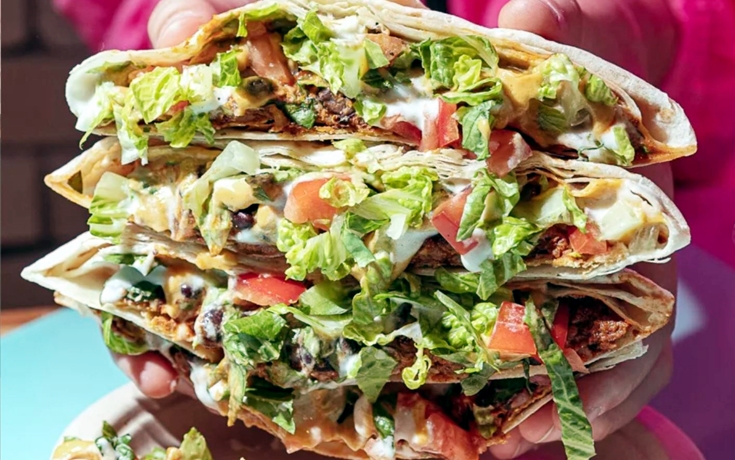 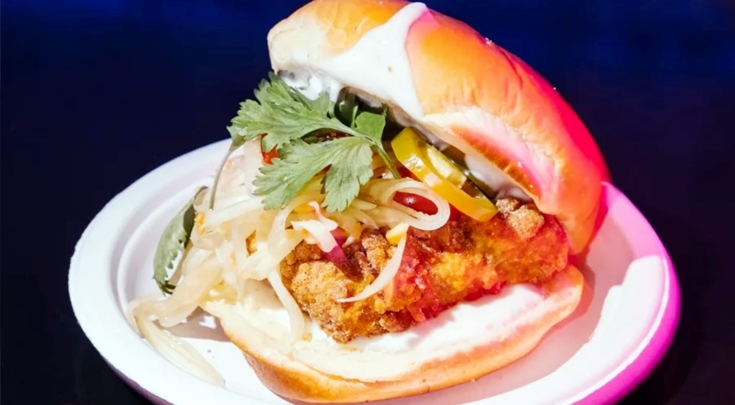 This brioche from Brown's Bun Bakery in Southwest Detroit holds a gluten-free beer-battered "tofish" patty, tartar sauce and more veggies than are on the new menu description. 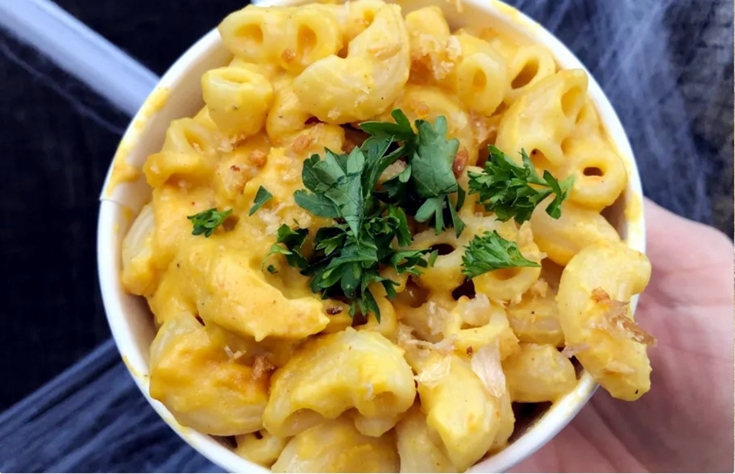 Macaroni in cashew cheese sauce will be available at 3rd Street Bar as a side dish.

Fake chicken patty, left, and a jackfruit patty that isn't on the new menu, alas. 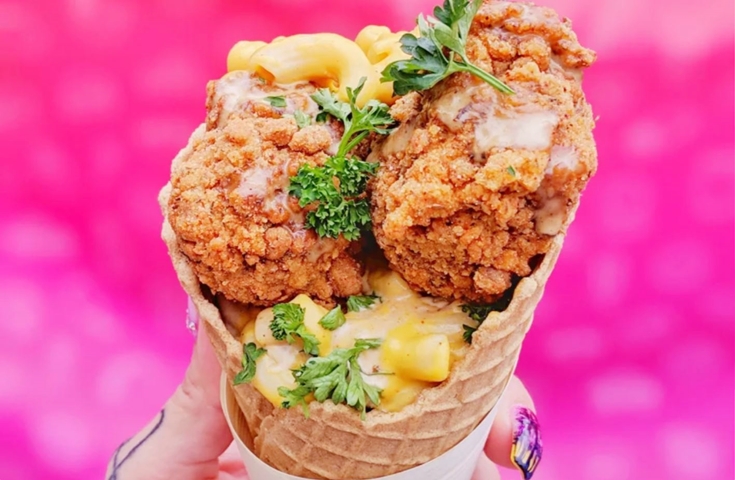 Mock chicken nuggets no longer come in a cone with mac and cheese, but can be ordered as a six-piece snack. Marinated tofu is battered and fried in vegan buttermilk and a spice blend. 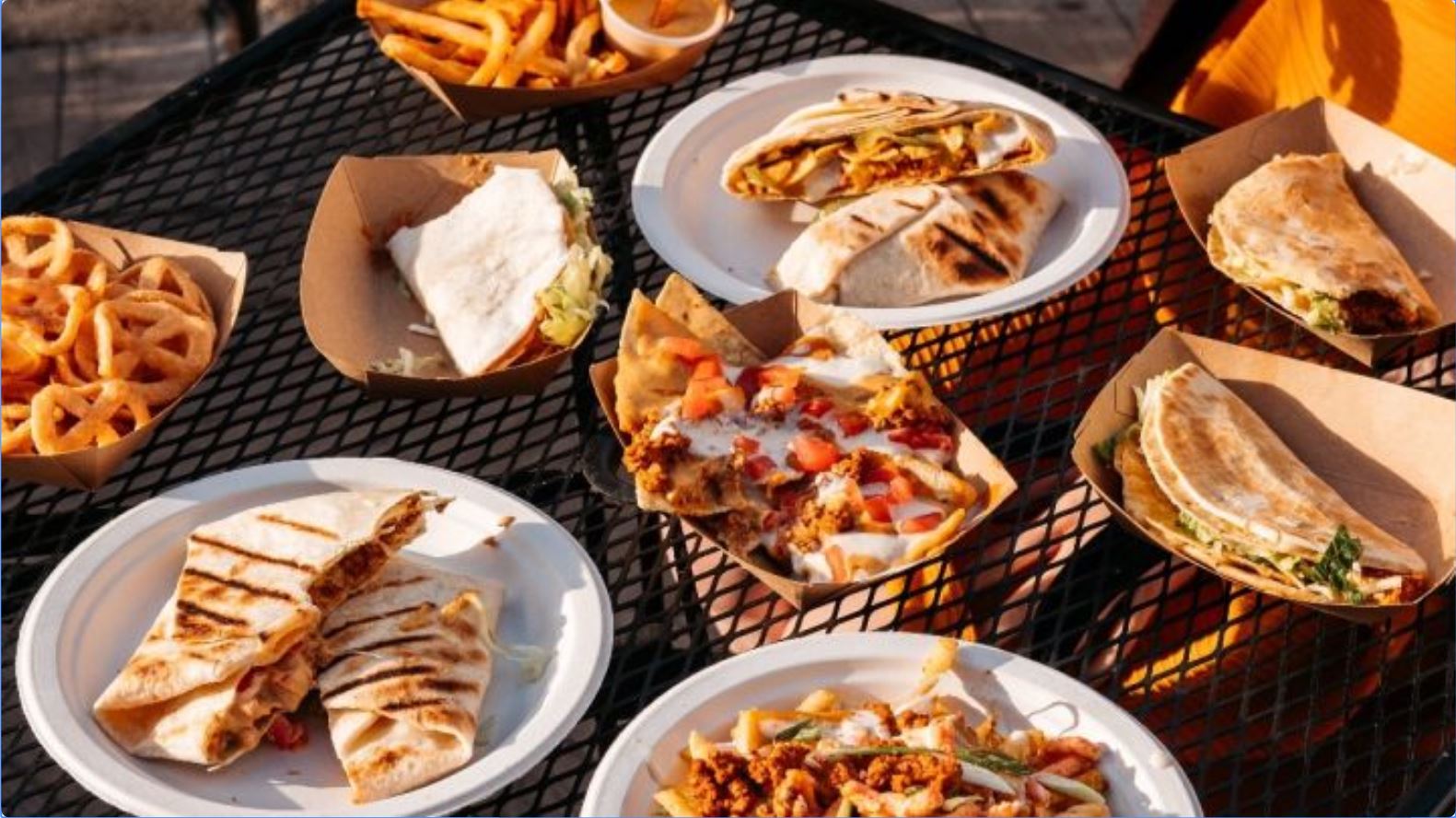 The entrepreneurs show this spread as an example of festival booth items prepared at events such as Mo Pop. 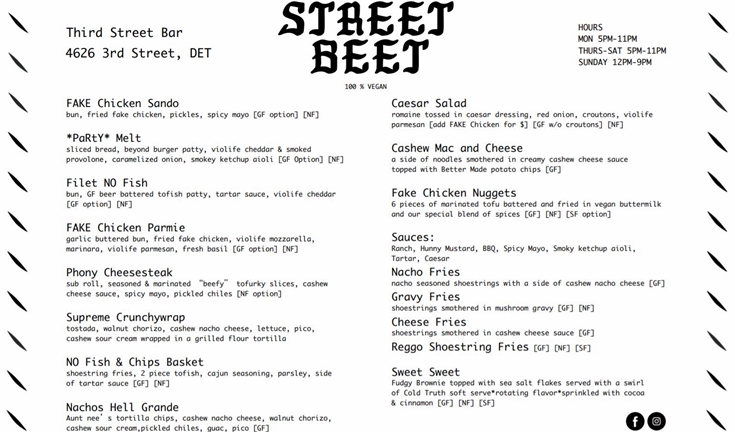