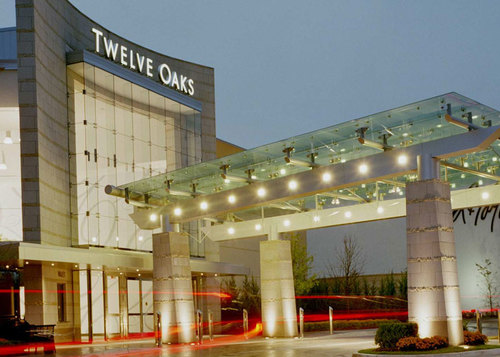 Update, 2:30 p.m. Saturday: Oakland County Executive Dave Coulter ordered every major shopping center to shut. Oakland Mall was the only one in the county that had remained open. Somerset, Great Lakes Crossing and Twelve Oaks had already voluntarily closed by Saturday.

Non-essential businesses in Michigan have shut down and gatherings over 50 people are banned as the coronavirus outbreak worsens and threatens to overwhelm hospitals. But malls remain open, inviting hundreds of people in their doors.

Elsewhere in the country, some malls have closed. But Michigan shopping center owners and Gov. Gretchen Whitmer say the ban on large assemblages does not apply to them, as it exempts "assemblages for the purpose" of buying "consumer goods."

Whitmer on Tuesday told Crain's malls can remain open because "our concern is having a certain number of people in one small shared space."

"... Being able to observe the 6-foot radius that the CDC (Centers for Disease Control) recommends is really a critical component of this.

"Malls are bigger spaces where people don't necessarily congregate so long as the food court is not open, and if people are needing to get supplies, we don't want to hamper that ability. So it is for all of those reasons. That's why we've not changed the policy with regard to malls generally."

A voluntary closure is tricky due to lease agreements with tenants, writes Kirk Pinho in his Crain's Real Estate Insider column, but at least one mall owner believes they should be forced closed for public safety reasons.

They also likely don't want to close because they don't want to take a greater financial hit. Mall owners, like most publicly traded companies, are getting routed on Wall Street, and store workers would also be hurt by a closure. Anchor department stores including Macy's, Nordtrom and Sak's announced they would close stores throughout the country on Tuesday.

The owners of the Somerset Collection, Fairlane Town Center, Partridge Creek, Twelve Oaks and Great Lakes Crossing tell Crain's they've stepped up cleaning protocols and made adjustments in food courts to promote social distancing. At least two of those malls have reduced hours.