This daily roundup of local and state pandemic news briefs will be updated through Monday evening.

Buckle up for what the governor and national health experts say is going to be horrid week.

The latest state tally shows 1,503 more patients diagnosed with Covid in the past day. Michigan’s cumulative total since March 18 now is 17,221 cases, plus 727 fatalities -- including 110 since Sunday.

Detroit's cumulative caseload is 5,023 -- up 528 since Sunday. Its death toll hits 193 in the state's count, with three more victims listed by the city health department. 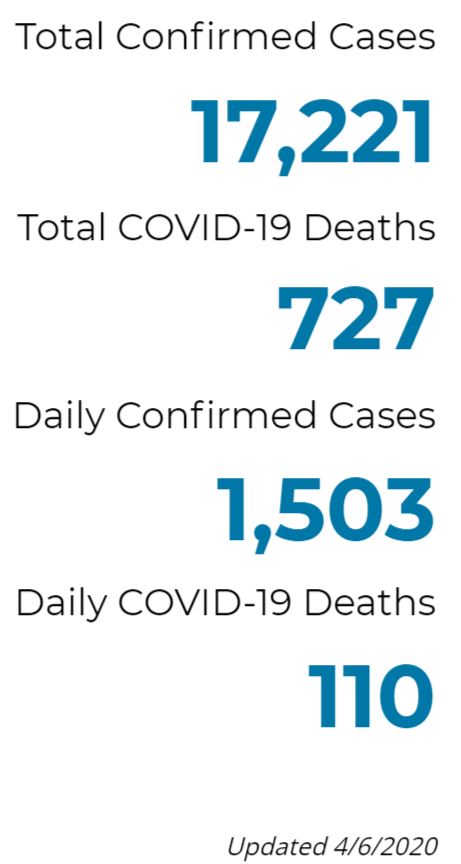 ► Harsh facts: Confirmed cases in the tricounty region have nearly tripled since last Monday as testing expands.
Covid deaths in Wayne, Oakland and Macomb rose 570% since March 30, the start of last week.

New cases statewide rose by 9.5% since Sunday -- the third straight decline in the rate of change. New diagnoses rose by 18% Friday, for example.

It's also important to recognize that not everyone counted as a patient is in critical shape or even still sick. The rolling tally since the third week of March doesn’t reflect recovered and discharged patients.

Here’s more context: About 40,600 people have been tested for coronavirus, the state Department of Health and Human Services says. Results came back positive for 25.7% of them (10,435).

These are confirmed virus cases (including recovered patients) and deaths in suburban Detroit counties:

Among patients whose race is known, blacks make up 41% of statewide deaths and 33% of positive diagnoses, compared to 23% of cases and 28% of deaths for whites. (No race is designated for 38% of cases and 26% of deaths.)

Gov. Gretchen Whitmer plans to extend the state’s stay-home order within the next week. Currently, it expires next Monday.

"I would anticipate an additional order, probably in the next week," the governor said in a televised briefing Monday, noting that this month is expected to be horrible for Detroit and Michigan. She also predicts that the virus will peak in Michigan in late April or early May.

With seven weeks to go, Detroit Grand Prix planners yield to the inevitable and announce the event's cancellation. It follows the Detroit Auto Show as a coronavirus casualty.

The annual Indycar race at Belle Isle Park was set for May 29-31, though customary signs of preparations weren't underway.

"It is certainly disappointing that it won’t take place this year," says event chair Bud Denker in a statement.

"We looked at every possible scenario to reschedule the race, but all of them would have been too disruptive to the hundreds of fall events that will take place on Belle Isle. Some events, like weddings, family reunions and festivals, have been scheduled a year in advance and it would not be right to alter anyone’s plans."

Ticketholders will be contacted about refunds. Detroit's race returns in the first weekend of June 2021.

Other Indycar series hosts cancelled or postponed races weeks ago, including the Indianapolis 500 (postponed from May 26 until Aug. 23).

Not too soon for this topic

Detroit journalist-on-leave Chastity Pratt, who has reported for Bridge Magazine and the Free Press, thinks ahead to the eventual time "when society reboots [and] Detroit will have weeks and weeks of memorials." 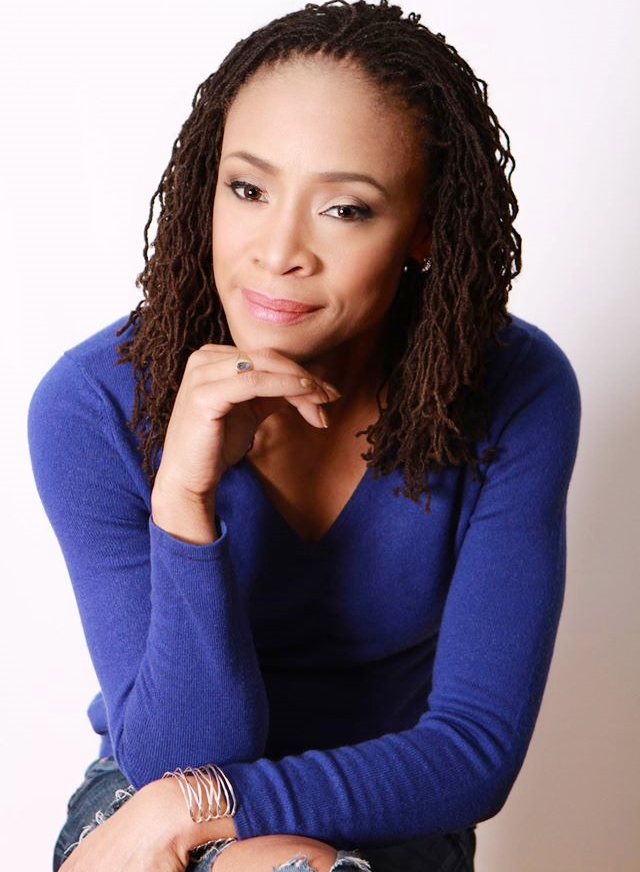 Chastity Pratt: "Let’s get to work on a permanent COVID memorial in Detroit." (Photo: Facebook/Roger Johnson)

In addition to honoring pandemic victims at deferred gatherings, she also muses about a more lasting tribute in a Freep guest column Sunday:

I hope there is a permanent memorial.

Michigan is a hot zone of the most-deadly pandemic to hit our shores in the past 100 years. ... We need something we can see, to remind us to stay vigilant in our fight against invisible germs and raise the next generations to keep it top of mind.

I’m hoping that planning for the future will keep our spirits up. So, I say let’s get to work on a permanent COVID memorial in Detroit. ... Thoughts? Ideas for artists, locations, installations?

Go fishing, but not with a guide

Charter boat captains and fishing guides can't cast off until the governor lifts emergency restrictions, which she wants to extend past April 13 by another 70 days. Solo angling is fine, but commercial "operations that involve boats, canoes and other marine vessels are not currently permitted," advises the Department of Natural Resources.

These operations do not meet any of the variances or exemptions outlined in the governor's order as activities necessary "to sustain or protect life," and they may also congregate anglers in violation of the order and state health recommendations. ...

In addition to the DNR Law Enforcement Division, Michigan State Police and local law enforcement agencies have full authority to enforce the provisions of this order.

In related news, the DNR won't groom, grade or clear footpaths, horse trails and off-road vehicle trails until an all-clear. "When out on any trail, be aware of surroundings, including the potential for washouts or debris," says an announcement, which adds: "For the duration of this order, the DNR is unable to reimburse trail sponsors or grant sponsors for any trail-related work."

All non-essential veterinary services mean all non-agricultural veterinary services other than those that are necessary to save the life of an animal, treat serious pain that threatens the health and safety of the animal, any treatment necessary to euthanize an animal, or any treatment that would treat or prevent the spread of infectious disease that can be transmitted between animals and human beings, as determined by a licensed veterinarian.

In other words, "my cat looks unwell" or "the dog seems tired" aren't office visit-worthy. Instead, the state wants vets and their technicians to practice telemedicine as much as possible "to suppress the transmission of Covid-19."