Former Michigan State University President Lou Anna Simon left the job in disgrace, but will not face charges of lying to police to obscure what she knew about serial sexual assailant Larry Nassar. 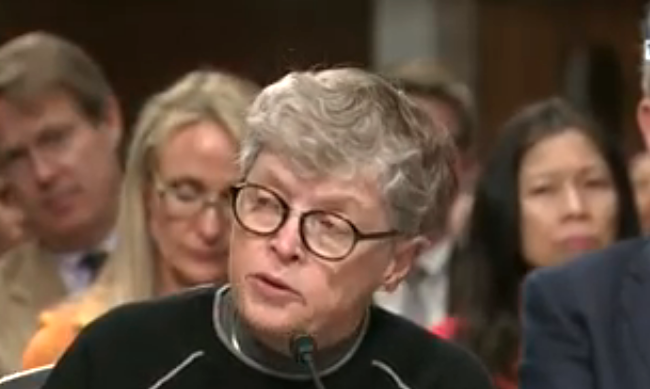 Eaton County Judge John Maurer on Wednesday dismissed charges against Simon, a move one lawyer called "a gut punch" to  hundreds of women abused by Nassar.

... Simon faced a preliminary hearing and was heading to trial after other high-profile leaders had faced consequences linked to Nassar.

Simon's lawyer recently submitted a motion to quash the four charges and  Maurer dismissed them.

A lawyer for many of the 250 women abused by Nassar, a former osteopath who worked as a team physician for the MSU and Olympic women's gymnastic teams, expressed disappointment that Simon would face no legal consequences for her part in the scandal. Rachael Denhollander, who became the public face of those women, called it "deeply disappointing." Sarah Klein, another of Nassar's victims, was saltier in her response:

"Not only did the cold, callous, calculating and cunning Simon allow Nassar to run wild, she presided over a culture at Michigan State that fostered rape and retaliation against people who spoke out," Klein said. "Not only was she not fired, she was given a seven figure severance package. "