This is one way well-financed teams play hardball across the field of politics: Dollars, technology and expertise boost "grass-roots" crusades with outside support.

That targeted approach strengthens a "liberate Michigan" push against the so-called tyranny of health-safety steps limiting business, recreation and other activities through May 28, and perhaps longer in some Lower Peninsula areas.

"Some of the same organizations that capitalized on the anger and resentment of the Tea Party are seizing upon this moment," writes the executive director of MCFN, a nonpartisan nonprofit group in Lansing that says it "seeks to shine the brightest light possible on the role of money in Michigan politics." 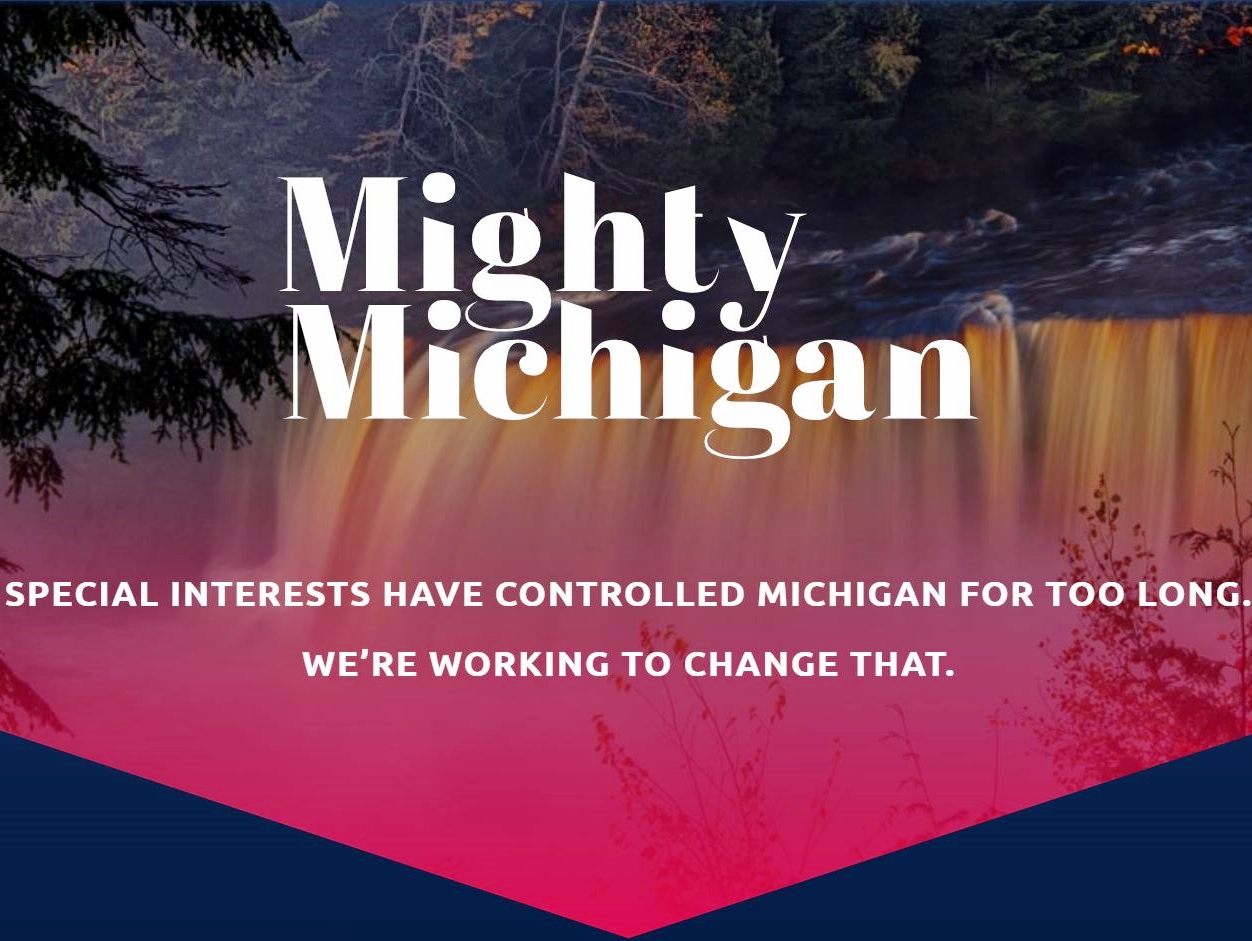 He looked into who's behind sponsored social media content in recent weeks. "When I began this project I had no idea it'd tie into the protests over the past month," Schuster tweets. "It began with a Facebook page called Mighty Michigan, a lot of money spent on advertising and a Chicago address."

Mighty Michigan calls itself "a taxpayer advocacy group working to knock the dust off the rust belt. ... We empower Michiganders to have a voice in state government." For now, it's a one-issue site. A petition, three cartoons (see one below) and 11 blog posts all focus on the economic, travel and lifestyle impacts of efforts to limit Covid's spread.

"Cabins, lake houses and other second properties are a safe space for Michigan families during an unprecedented crisis," says a home page call to action. "But families seeking refuge could be jailed and fined $1,000 for violating Gov. Gretchen Whitmer’s executive order, which bans travel between two residences. Sign the petition to tell Whitmer to stop criminalizing cabins, and reverse the ban on travel to second residences."

Based on follow-the-money research and an interview, Schuster writes in his 3,400-word deep dive:

An array of out-of-state nonprofits funded by some of the same organizations are creating an ecosystem of alternative media online, delivering conservative content to Michiganders in the form of political reporting, grassroots organizing, advocacy and even satire.

... For a week after [Whitmer's stay-home order April 9], the [Mighty Michigan] page spent thousands of dollars on advertisements urging Michiganders to sign a petition against the order’s ban on motor boating and travel between residences. The ads appeared on Facebook news feeds in Michigan between 510,000 and 615,000 times, according to the site's estimates.

Created just seven months ago in September 2019, Mighty Michigan has spent more than $165,000 advertising in Michigan through the social media platform, amassing more than 26,000 followers. At times during the presidential primary season it was one of the top ten advertisers in the state.

Nearly all of their content is directed at Whitmer and the legislature. The only other page Mighty Michigan has "liked" is the Michigan Conservative Coalition, the [April 15] gridlock protest’s original organizer.

The Lansing researcher speaks with John Tillman, a Wayne State University marketing graduate ('83) described as "an influential conservative activist in Illinois politics [who] is a founder or chair of three nonprofits MCFN found to be producing Michigan-specific content."

One of Mighty Michigan's 27,000 Facebook followers posted this at its page a few days ago.

Tillman is board chairman of the American Culture Project, which says it's "a nonprofit advocacy organization working to build cultural consensus for individual liberty and the free market." The Chicago group finances Mighty Michigan, according to Schuster, as well as a satirical news site called Velvet Hamster that began last year. During last summer's roadwork-funding debate here, a three-paragraph post was headlined: "Michigan Gov. promises tax hikes will only affect wealthy, middle class, poor."

"Prior to the coronavirus, the mission was to give voice to the powerless against the powerful, advance ideas from enterprise free markets and protect taxpayers. ... As to how that plays out now, given what's going on with the Covid-19 issue, that's a different subject." 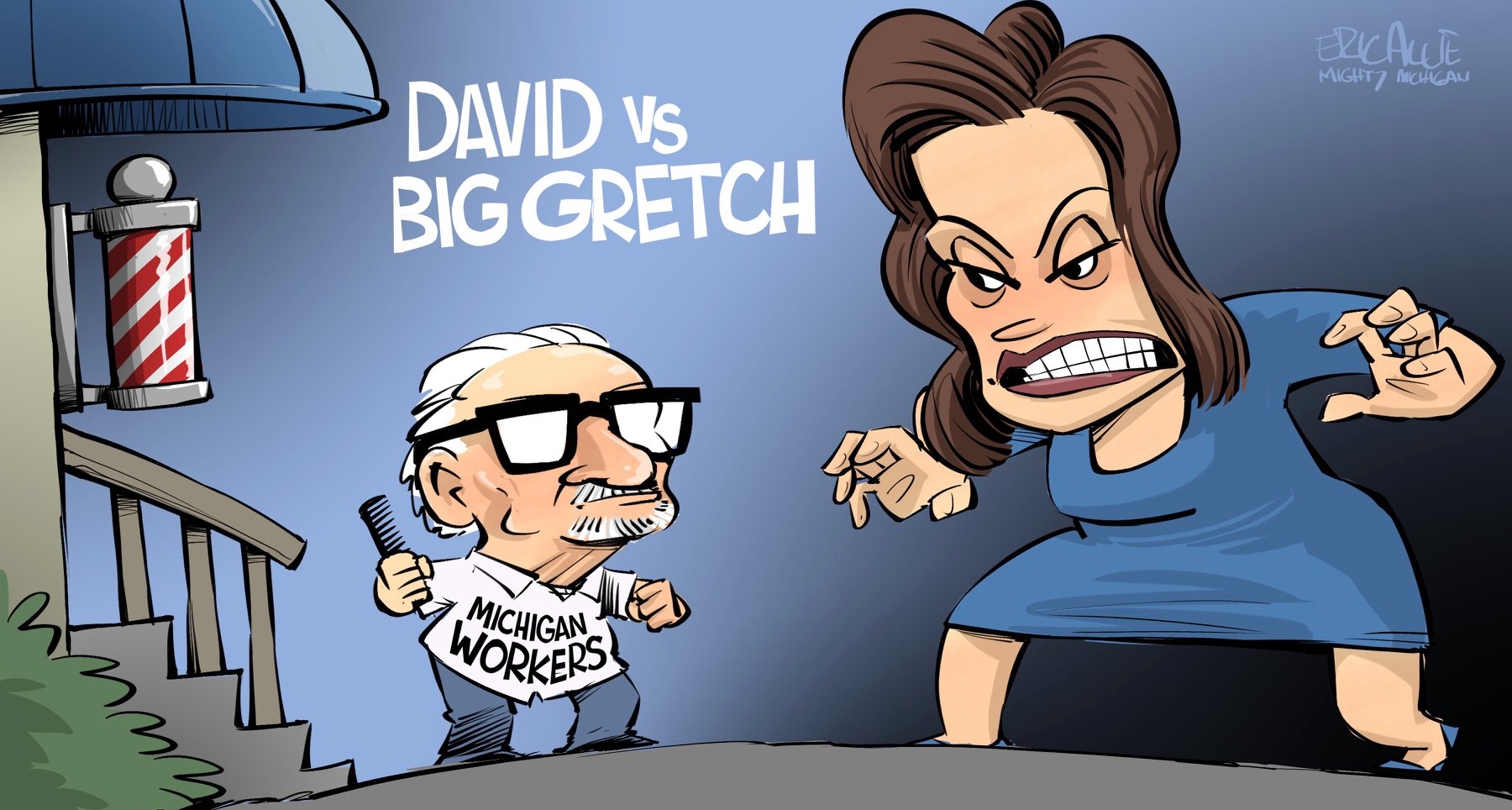