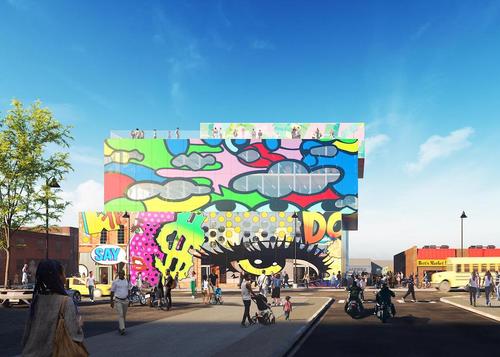 In the intro of our 2018 story on changes in Eastern Market, a beloved historic district that had just seen a flurry of property sales to developers with deep pockets, we zeroed in on a mural that appeared to warn of what was to come.

Located on a building at the corner of Russell and Division streets, the piece by artist Daniel Bombardier suggested the district could fall prey to gentrification going on elsewhere in the city. It featured images of a slimy dollar sign and a closed liquor store and — quite literally — spelled DOOM!

Over the next two years, Linden and Sanford Nelson, the father-son duo who bought the building along with more than a dozen others, would usher in a wave of closures of beloved market staples, including Russell Street Deli and the Farmers Restaurant, all the while insisting they were intent on preserving the market’s character.

Today, there’s news of an uncharacteristic development planned for the site of that building. FIRM Real Estate reportedly plans to break ground on a four-story office and retail building in 2021, design websites report. The building will be glass-enclosed and covered in art, a nod to the Murals in the Market event that helped bring renewed attention to the food hub.

As part of the building design, Bombardier will revamp his piece to be more positive. Renderings show the closed sign will be scrubbed and the pop-art onomatopoeia will now spell DO! rather than DOOM!

Bombardier, who’s based in Windsor, produces art that critiques contemporary politics, capitalism, and consumerism under the moniker DENIAL. Of his participation in the project, he wrote: "To say that I am proud is an understatement."

A mural by Detroit artist Sheefy McFly will also be added to the building.

According to designboom, Netherlands-based MVRDV is the architect on the project:

MVRDV’s selection was the result of a collaborative effort between the client FIRM real estate and architecture talent agency, a detroit-based company that represents international architecture and design firms for new projects. L.S. brinker, a detroit-based minority-owned construction management business, will be the project’s contractor. The first stage of the scheme commenced on September 30, 2020, with construction set to start in 2021. 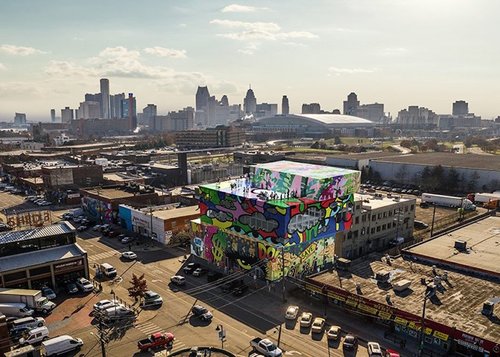 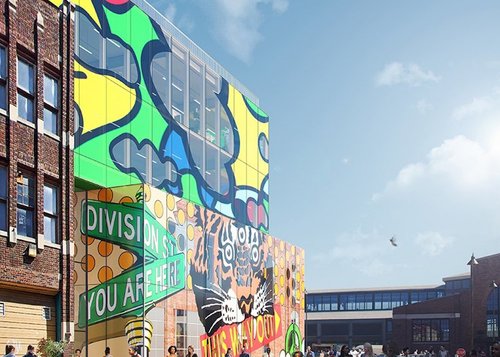 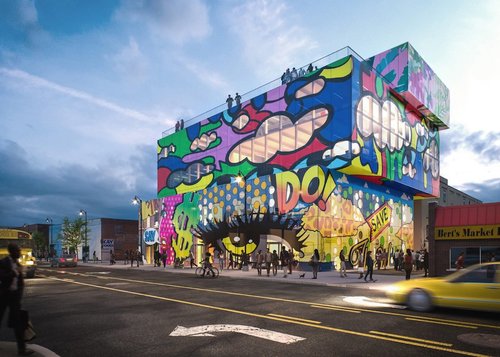