A Dying Birmingham Man Made Sure He Voted, But . . . 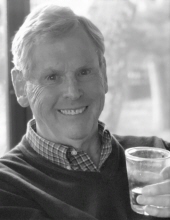 Birmingham resident James Wendel Williams, 77, was dying of colon cancer. Bothered by President Donald Trump's  behavior, the Democrat wanted to cast a ballot before he passed, according to The Washington Post.

Fearing time was not on his side, daughter-in-law Debra Horner picked up an absentee ballot at city hall Sept. 24, the first day possible.

On that day, Horner and her husband David Williams had the elder Williams, a longtime estate planner, fill out the ballot in a minivan. Then, Jose Del Real of the Post writes:

With his son and daughter-in-law at his side like guardrails, he took the final steps to the official ballot drop box, intent on placing it in himself. He moved slowly, his face straining from the effort. His son, David, hovered close, in that tentative way sons of elderly parents do — to keep him from falling.

Williams died Oct. 2, and the family found out that the state would invalidate the vote because he died before Election Dy.

“Here’s the thing: It pisses me off that it doesn’t count. But it really doesn’t diminish what it meant to him or to us,” his son David told the paper.

In his last few days, Jim spent a few minutes considering what he wanted reported as his last words. He liked “Let the Mystery Be”, which reflected his belief about the afterlife, and the other unknowables in the universe. He also felt he had been gifted with the best life a man could ever want, and he hit on a very short phrase that summed up those feelings: “Alexa, repeat.”