With little progress being made on the planned Monroe Blocks development parcels downtown, last night the Downtown Development Authority granted Bedrock Real Estate Services permission for an interim use both nostalgic and very contemporary: 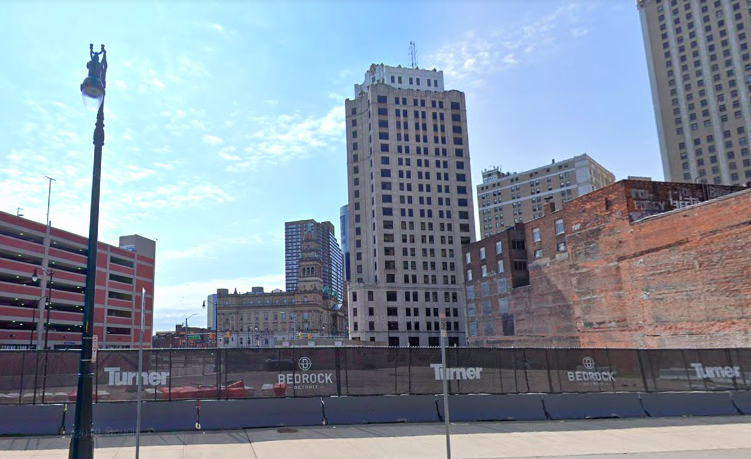 The proposal presented to the board in their meeting Wednesday night calls for the A Block parcel, now a surface parking lot at Farmer and Monroe Streets, to become a temporary concert venue and movie space for winter and spring use.

"The (space) will include a movie screen, stage, stalls for approximately 77 vehicles, and food and beverage concessions, and may include interactive landscaping features including a no-touch play area for children," a memo to the DDA board states.

The intent is to continue to bring people downtown for "safe activities during the ongoing pandemic," the memo states.

Bedrock's investment in the project would be approximately $800,000, and the company does not expect it to be profitable in this tempoary use. However, any net revenues would be split 50/50 between Bedrock and the DDA, the memo states.

Plans for the original Monroe Blocks project incorporate Bedrock's live/work/play objectives, with apartment, office and retail/recreational space. However, the project stalled in mid-2019, with a Bedrock representative telling Crain's Detroit Business, "The unprecedented simultaneous ground-up development of several major projects totaling billions of dollars of investment is an intricate, complicated undertaking requiring the orchestration of multiple parties and precise scheduling. Bedrock continues to navigate and progress through this complex venture."