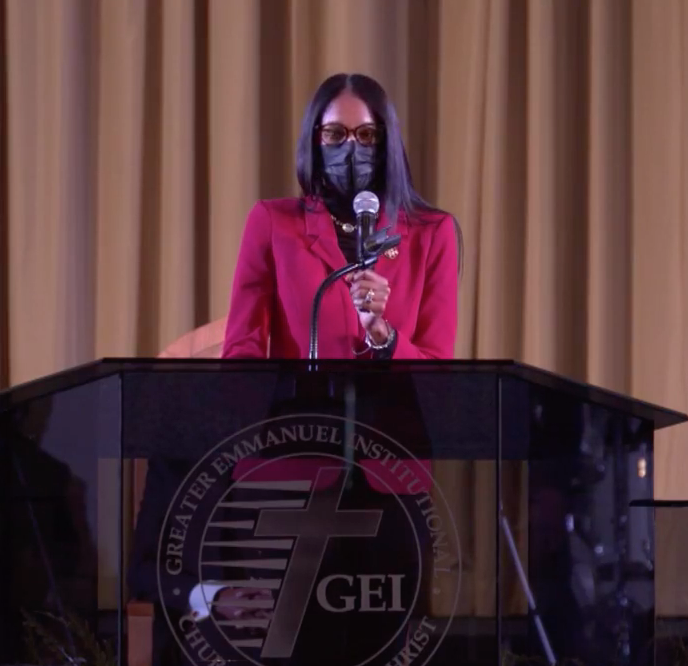 Thousands watched a livestream on Facebook while close friends and family gathered Wednesday at the Greater Emmanuel Institutional Church of God in Northwest Detroit to celebrate the life of Wayne County Sheriff Benny Napoleon, who died of Covid on Dec. 17 at age 65.

"He was my therapist, he was my counselor, he was my comedian and he was my ride or die," she said. "There'll forever be this hole in my heart that cannot be filled because you cannot replace a bond like this. Rest well Daddy, you did an amazing job."

During the service, which included music and singing, some dignitaries delivered statements remotely.

"In 2000 when I was running for prosecutor, Benny would tutor me and he kept telling me, 'If the police chief and the prosecutor ever worked together, we could get the violence down and give the people of Detroit the safe city they deserve,'" said Detroit Mayor Mike Duggan in a remote appearance. "Benny touched the lives of the people in this city in a rare and special way."

Wayne County Executive Warren Evans also delivered touching reflections. "I wish I could have told him a few more times how much I appreciated the man he was, the leader he was and he's going to be sorely missed," he said.

Following the service, Napoleon was buried at Detroit's Elmwood Cemetery.

These screenshots are from the live video: 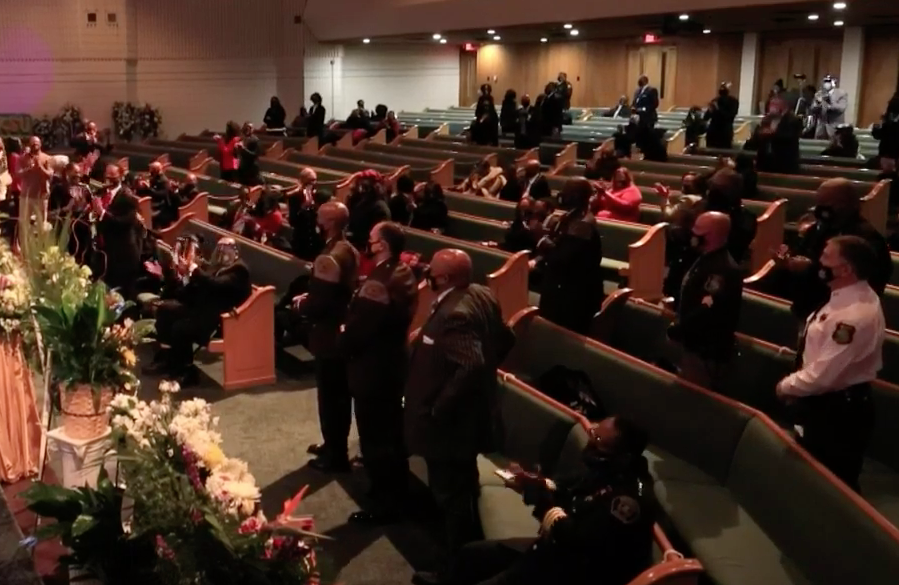 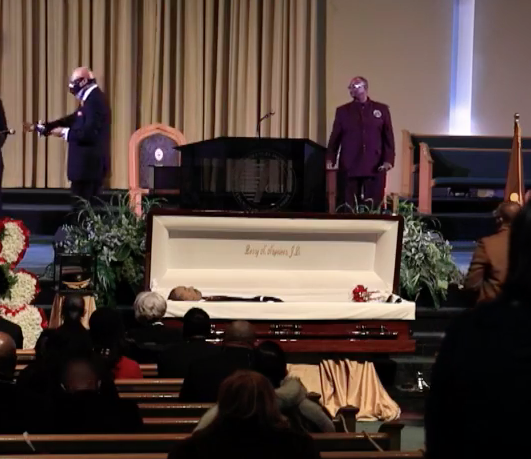 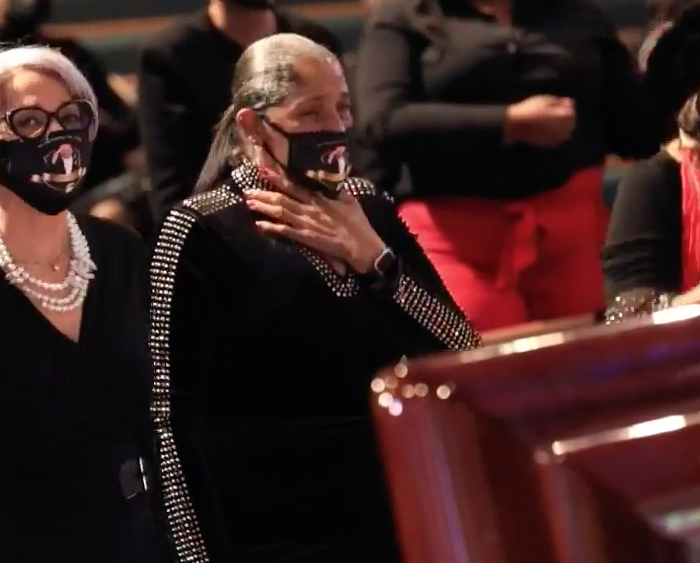