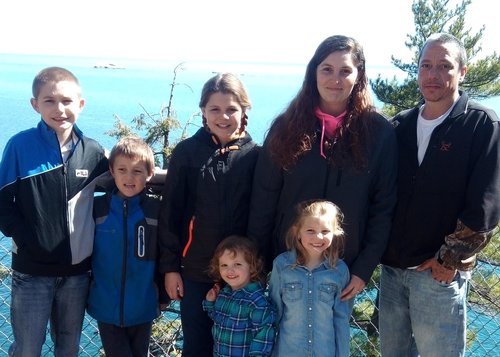 John Alexander with his family in Marquette in 2019. (Courtesy photo)

As Covid-19 rages in Michigan’s prisons, delivering death sentences to more than 120 people who didn't earn them, the Michigan Department of Corrections has insisted it’s doing everything in its power to keep inmates safe.

But that hasn’t included letting more of them free.

Despite pleas for additional releases from advocates who say it’s impossible to stem the spread of Covid-19 in the close quarters of prison, MDOC released slightly fewer people in 2020 than it did the year before — 8,621 compared to 8,626 — numbers provided by the department show. The rate of release for parole-eligible inmates meanwhile dropped from 72.4 to 70.3 percent year-over — its lowest level since 2015.

John Alexander, a 42-year-old from northern Michigan serving 2-5 years for drinking and driving with a minor in the car, was denied parole in November because he was unable to complete required coursework that MDOC suspended in response to the pandemic, the department confirmed. Though his earliest release date was May, he’ll have to wait another year before going back before the parole board, leaving his wife, Tiffany, to care for their new baby and five children on her own.

John was the stay-at-home dad, and Tiffany says she's been unable to return to work as a group-home aide with her kids in remote school.

“I don’t see how that’s fair,” the 32-year-old said Wednesday as she held her babbling 9-month-old son, Elijah, in her lap. “I understand ‘doing the time for the crime,’ but he is not sentenced to death and he has a son he’s never met.”

Michigan has the second-highest death rate and third-highest infection rate of the country’s state prison systems, according to data compiled by the Marshall Project, a nonprofit criminal justice news site.

More than 23,000 of 41,000 inmates tested positive for Covid-19 and 125 died, MDOC data updated Thursday shows. As of mid-December, at least 115 prisoners had reportedly been re-infected. Vaccines have yet to be made available for inmates.

The department says it released fewer people in 2020 because a yearslong decline in its inmate population has left fewer eligible for parole. It also took in fewer prisoners last year, as courts sent fewer due to the pandemic, and a 90-day bootcamp program was suspended.

"That’s thousands of people that we didn’t have to parole because they never came to us," said spokesman Chris Gautz. "And that’s a good thing."

The more than 2,100 inmates rejected by the parole board during the pandemic are meanwhile deemed a “danger to society,” he said. 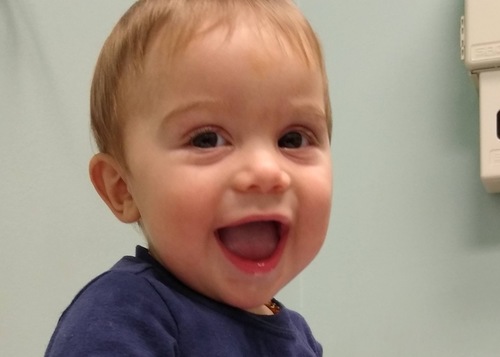 John Alexander has yet to meet his son, Elijah. Prison visits are suspended during the pandemic. (Courtesy photo)

“These could be prisoners in for sexual or violent assaults, domestic abuse, or it could be for other crimes, either violent or non-violent, (that) were driven by a severe drug addiction,” he said.

More than 240 parole-eligible inmates are being held past their first release date solely because the prison system is not offering coursework they must complete. Gautz said “a lot” of these inmates are “serving time for violent assaults or sex abuse and it would not be in the interest of public safety to release someone who has not gone through programming to correct these behaviors.”

Some course requirements, for lesser offenses, have been waived or reassigned as a condition of parole, he said.

'Not really making an effort'

Advocates view parole as the best tool for releasing a significant number of prisoners, as truth-in-sentencing laws like those in Michigan make it impossible for corrections officials to unilaterally release people who have yet to serve their minimum time, and as governors, including Gretchen Whitmer, have shown reluctance to use their clemency powers to let an appreciable number of inmates free.

Whitmer has granted clemency to just four inmates during the pandemic, and only following recommendations from the parole board. (Oklahoma Republican Gov. Kevin Stitt leads the way on this, and commuted more than 450 sentences at the onset of the pandemic.)

Gautz has said it's up to lawmakers to change the rules if they want to see more people freed. New Jersey recently passed a package of reforms it expects will soon reduce its prison population by 35 percent from the start of the pandemic.

Michigan's lack of additional releases in 2020 is particularly surprising given that the state has prioritized lowering its prison population in recent years, said Wanda Bertram, a spokeswoman with the non-profit Prison Policy Initiative. Its parole rate was also higher in each year since 2016 and was 3 percent higher in the three months before the pandemic than the year overall.

“We expect states to be responding to save people’s lives … in a public health crisis,” said Bertram. “And when the parole-grant rate (declines), that signals that the state is not really making an effort.”

'I thought I was coming home'

Early in the pandemic, state officials made it seem as if they might be on track to do more. Whitmer said in March that she was considering using her emergency powers to order the early release of low-risk or medically vulnerable inmates. The parole board meanwhile increased the number of weekly hearings it typically conducts, with Whitmer touting those efforts and noting the board had released 700 people in one month.

That’s why Tarrel Washington, a 30-year-old father of two from Grand Rapids, says he was shocked when he was denied release for a second time following an outbreak at his facility. Convicted of domestic assault and possessing a taser while on parole, he was first eligible for release two years ago, but denied because he was still deemed a threat. Then, in October, despite saying he’d had a coursework requirement waived and had never received any tickets for violence or other major offenses behind bars, he was denied again.

“Whitmer was on TV saying we’re letting thousands of prisoners go and y’all just got me sitting in here when I did everything y’all asked me to?” he said, noting his unit is now in the midst of its second outbreak. “I thought I was coming home. I told everyone I was coming home ... My wife cried, my mom cried, my kids cried.”

(Gautz said Washington's course requirements were not waived, but that he was being barred from taking a needed course due to behavioral issues.)

But others knew better. Dwight Henley, who is serving life, noted nothing had changed in a summer issue of The Opening Statement, a newsletter by the grassroots organization Michigan Abolition and Prisoner Solidarity.

"At a press briefing, the governor boasted about the parole board releasing 700 prisoners in the past month,” he wrote. “But this is simply the average number of monthly paroles — something the average citizen would not know."

Amid the lack of additional releases, some advocates have shifted focus to protecting prisoners through vaccination.

The ACLU of Michigan this week urged the state to open vaccine eligibility to everyone held in prison, as it has for those in other congregate facilities including adult foster care homes and psychiatric centers.

Right now only prisoners 65 and older or with an underlying medical condition are eligible for the vaccine, in line with the general public. The state allowed that group to begin getting vaccinated on Jan. 6 but, as of this Wednesday, no inmates had received a dose.