Wall Street Journal: Motor City Is 'Having its Moment' with Detroit-style Pizza 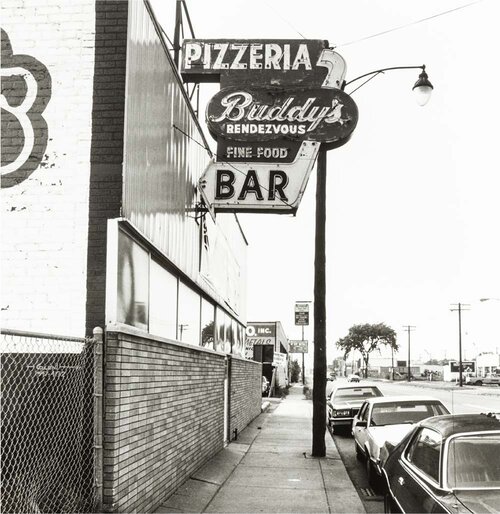 The original Buddy's in Detroit

For decades, Detroit-style pizza never got a seat at the table in the legendary debate between New York's flat-crusted pies and Chicago's deep-dish pizza.

That's changed -- at least a bit. For now, Detroit-style pizza, which is being peddled in places like Brooklyn, Chicago, Nashville, D.C., and Toronto, is getting a seat -- at least at the kids' table.

The paper gives the Motor City pizza some street cred, but notes: "There’s just one problem: A lot of people have no clue what that is." The story quotes a Chicagoan who has no idea about square pizza, and a clueless Detroit suburbanite at a local Pizza Hut who says (cringe): “Detroit style? I’ve never heard of it.” Oy.

Despite the fuzziness around the Detroit-style concept, Pizza Hut’s bet is the latest sign that the Motor City’s contribution to the Italian flatbread staple is having its moment. 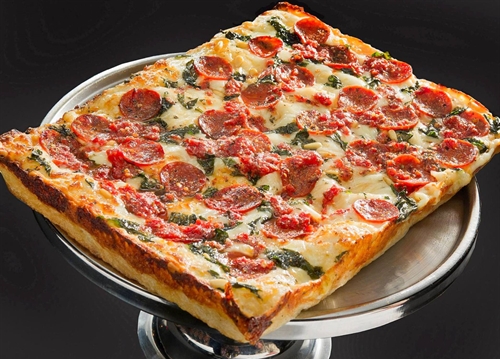 The story details the history of Buddy's Pizza, king of the square pizza, and talks to Burton Heiss, chief executive of the local chain, who says he's not surprised by Pizza Hut’s move. But he still sees room for his chain to expand outside of Michigan, where he says the square pie is a curiosity.

“I talk to people all the time who have no idea what it is,” Heiss tells the New York-based publication about the product, which now ships nationwide.

The Washington Post recruited Metro Detroit native Chris Powers, 37,  of Bethesda, Md., to review the Pizza Hut version of Detroit-style Pizza. He is the co-founder of Ivy and Coney sports bar in Washington, D.C., which sells Detroit-style pizza and coney dogs.

"Looks like a Detroit pizza — all the cornerstone elements are represented," Powers tells The Post. "But they're all a little off, so when you put them all together it ends up entirely different. ... Anyone who grew up in Detroit would probably be offended."

The Wall Street Journal is a subscription publication.

Covid impact in Michigan now is largest among those under 40, including youths