The Anonymous Cop: Why do cops kill dogs? We don't like to get bitten

This is the latest column by a veteran Southeast Michigan police officer who’ll be identified after he retires in the next few years. He answers reader questions and provides perspective on law enforcement.
Send questions to anonymouscop@deadlinedetroit.com. Follow him on Twitter and Facebook.

By the Anonymous Cop

Some time has passed since I wrote about the insurrection at the Capitol, and I would like to address a few things that have come via email and news coverage.

I appreciate a response to my previous article from retired firefightrer Dan McNamara. He made valid points and showed how readers can interpret what I write differently than intended.

Let me be clear: Firefighters, paramedics and EMTs are lifesavers without equal. They even saved my life once, but I can’t tell that story without outing myself.

If you did not know, there has always been a bit of rivalry and teasing between our professions, based on mutual respect. We cops joke that firefighters only work nine days a month and filled out the job application with a crayon.

And they mock us for ... well, they don’t. They know everyone loves a firefighter and we are just jealous. Like I said, I owe my life to the guys that showed up on the scene of my injury, and I have tremendous respect for all of them.

The reference in my article could have been clearer that I was wishing I myself could have turned the firehose on those “protesters.” (I blame my editor.) So Dan, thanks for helping me learn this journalism thing – I’ll buy you a beer when I identify myself.

What we now know

I have another, more damning issue now with the insurrection. If you read my earlier column about that day, I was clear that I was operating with what information we had then.

What infuriates me now is what some U.S. Capitol Police officers are now known to have done on that violent day: clearly sympathized with the terrorists.

Over 80 officers were injured, two have committed suicide and one officer was killed. Yet some of their colleagues publicly supported the insurgents. It is beyond appalling to me that you can take a selfie with the same people who, on the other side of a door, murdered your co-worker.

These officers are a clear example of the small minority of scummy immoral humans that put on a uniform and call themselves cops. They didn’t fail to do their duty, they didn’t even know what their duty was.

Trust me when I say good cops despise those officers. They should be disciplined, fired and, if appropriate, continue to be charged with crimes. They should never wear a badge again. That is the politest way I can state it. 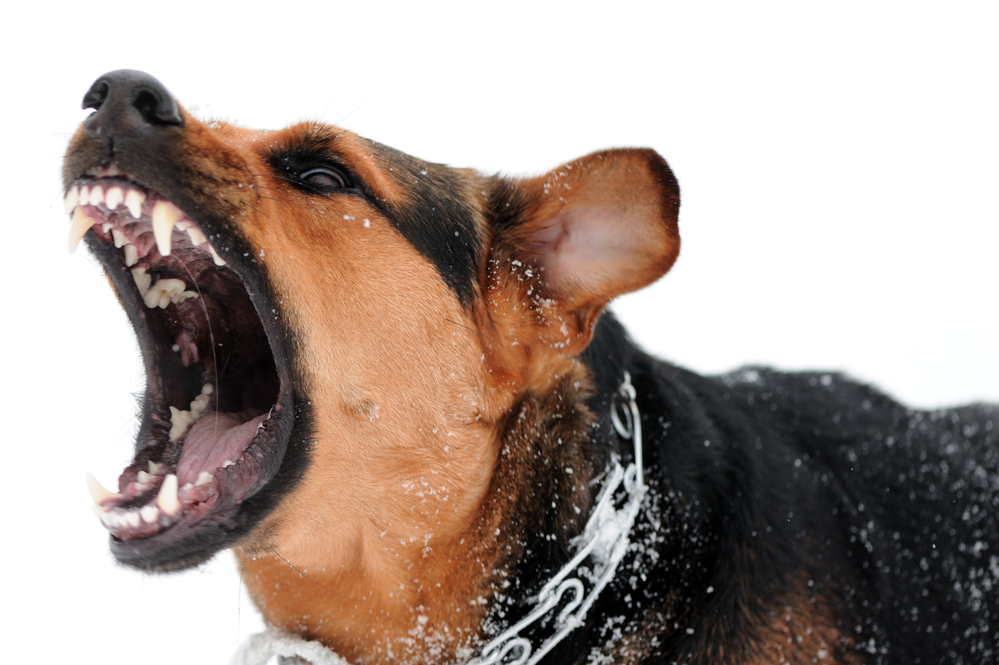 Back to why I started this column: to answer questions about cops and cops’ work.

A reader named “Bill K.” asked in an email:

I don’t really think it “happens a lot.” (Deadline Detroit reporter's interjection: It happens a fair amount in Detroit; a Reason investigation from several years ago found about two dozen police dog killings annually.) But the short answer is that we don’t like to be bitten.

Here’s the situation from a street cop’s view.

Dealing with an unknown or injured animal can be very risky. The dog is usually scared and lashes out in self-defense. Your super-friendly pet may become very aggressive towards an officer in uniform. We know that.

Most officers I work with own dogs. I do as well, and we love them. We do everything in our power to not to have to hurt a dog.

My department has a few dog poles which are long sticks with a loop on the end that are designed to control an animal. We use them whenever we can, but there may not be time in some situations.

I have had to put down dogs that attacked, even killed, other people. I’ve had situations where the family pet attacked kids after playing with them in the yard, and one where the dog killed a little girl. That’s not always the side you hear about the media.

No one likes to kill a dog, but when you do, you try to do it quickly and with the least pain for the animal.

So thanks Bill, I hope that answers your question and provides a little more understanding about our sometimes-complicated work.

Please keep sending your questions and I will answer them as honestly as I can. It’s anonymouscop@deadlinedetroit.com.