Starkman: Layoffs. Disgruntled Staff. So What? Beaumont’s John Fox is Laughing All the Way to the Bank

While Beaumont Health’s medical and custodial staff risked their lives and hundreds of hospital employees lost their jobs, CEO John Fox and his top managers appear poised to rake in big bonuses for leveraging the 2020 pandemic into a very good year financially for Michigan’s biggest hospital network.

The results make clear why Fox commands the loyalty of John Lewis, the retired Comerica banker who serves as Beaumont’s chairman and whose commands the company’s directors obediently follow. Beaumont in 2020 not only came within a smidgen of its ambitious four-percent operating profit margin, but the hospital company increased its cash and investment reserves by 54 percent to $3.5 billion.

No, that’s not a couple of numerical typos. Beaumont, a supposed nonprofit, finished the year with $3.5 billion socked away, up from $2.3 billion at the end of 2019.

Having a ruthless accountant run a hospital network has its benefits!

Beaumont’s release disclosing its 2020 financials was posted on the company’s website last Monday, but I only just stumbled on it. As best I can tell, the Detroit News was the only major publication to report on Beaumont’s financials, but it downplayed the company’s embarrassment of pandemic riches.

To fully appreciate Fox’s financial accomplishment, one needs to read this op-ed he penned for the Detroit Free Press in March, warning that “an immediate healthcare financial crisis is looming.” Fox last April was the Chicken Little of the American hospital industry, telling the Washington Post and others that the $100 billion Congress allocated for hospitals and health-care providers in its $2 trillion coronavirus rescue bill was insufficient.

Fox’s 2020 financial triumph came at the expense of Beaumont’s once vaunted reputation as one of the top 50 hospitals in America. The hospital network last year lost more than a dozen prominent surgeons, half of its fellowship trained anesthesiologists, about 50 experienced Certified Registered Nurse Anesthetists and countless nurses, all of whom were fed up with the penny-pinching ways of Fox, COO Carolyn Wilson, and CFO John Kerndl. Beaumont is widely regarded in hospital circles as a miserable place to work.

Fox also last year laid off 2,475 workers and eliminated 450 jobs. The company claims its recalled all the laid off employees, but multiple sources have contacted me to say that isn’t true. At the height of the pandemic in Michigan, Beaumont temporarily closed its hospital in Wayne, which far and away serves the heaviest mix of Medicaid, indigent, and uninsured patients of Beaumont’s eight hospitals.

A survey last year revealed the majority of Beaumont doctors have no faith or trust in Fox and his management team. But chairman Lewis is a numbers guy, and Fox in 2020 again delivered the financial goods, albeit with oodles of handouts from the Trump Administration and Congress.

This is the time of year when Beaumont’s board determines bonuses, and it seems likely that Fox, Wilson, Kerndl, and other top managers will be rewarded handsomely for their financial accomplishments. Fox in April claimed he took a 70-percent pay cut but wouldn’t disclose his base salary. He told the Free Press his salary was restored in August. 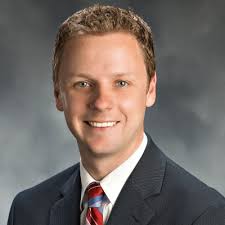 I ran my hefty bonus speculation by Beaumont spokesman Mark Geary, but I can only surmise he was speechless and didn’t respond. Geary in April issued a statement saying that “given the expected financial performance of the organization, incentive plans for our CEO and other executives are projected to not have any payout due to the financial losses associated with the pandemic.”

Geary is the Bard of PRspeak. Lacing his statement with “expected” and “projected” provided a lot of wiggle room to pay out big bonuses if the dire expectations didn’t materialize.

Bonuses paid to Fox and his top managers next month for their 2020 performances won’t likely be known for more than a year, as the company always requests extensions and waits till the last legal minute before disclosing executive compensation. Michigan Reps. Debbie Dingell, Rashida Tlaib and Andy Levin likely will be readily available yet again for media interviews feigning their outrage, but that will all be for show. Beaumont’s eight hospitals serve the Congress members' districts, and none of them have voiced concerns about Fox’s management or Beaumont’s patient care deterioration.

Beaumont’s $3.5 billion in reserves underscores how Fox regards Michigan’s regulators and the media as a bunch of chumps. Back in June, Fox orchestrated a merger deal whereby he would hand over Beaumont to Chicago-based Advocate Aurora literally for free in exchange for Beaumont getting a minority interest in the merged venture. Fox likely would have received a big buyout because of a change of control provision in his employment contract.

Fox said the deal would result in Advocate Aurora investing $1 billion in Beaumont over a four-year period, although the promised investment came with no guarantees. The deal was slated to close in the fourth quarter, when Beaumont already had increased its internal reserves by more than $1 billion. The company could easily have self-funded the promised $1 billion investment without giving up its independence.

Fox announced the termination of the Advocate Aurora deal in October, days after Congressman Levin announced he would move to block the deal. Fox blamed the pandemic, but the CEO of Advocate Aurora said the deal collapsed because of Beaumont’s internal issues.

Beaumont’s release disclosing its 2020 financials makes no mention of the company planning to make the promised Advocate Aurora investments that Fox said would so benefit the hospital network and that it can readily afford.

In its financial release, Beaumont said its revenues from its primary operating activities fell $122.4 million to $4.58 billion. However, the decline was handily offset by the $363 million it received in CARES dollars from Congress. The company said it maintained a 3.9 percent operating profit margin, compared to a 4.2 percent margin a year earlier. Fox is on record as saying he aims to achieve a minimum 4-percent margin.

Also goosing Beaumont’s numbers were more than $500 million it received in advanced payments from Medicare and deferring payroll taxes as permitted by the IRS.

Beaumont noted that it was investing $140 million in “compensation enhancements” (financial gobbledygook for raises), including a $15 minimum wage. The company isn’t doing this out of the goodness of its corporate heart. Beaumont pays its workers less than other major southeastern Michigan hospitals, and is increasingly having difficulty attracting and retaining talent. The hospital company pays Fox and his managers top dollar.

Beaumont plans to use some of its pandemic largesse to hire a Chief Information Security Officer, a much-needed function given the company has been hacked three times within the last 12 months. It’s also investing in PR, having recently lured former Henry Ford spokeswoman Tammy Battaglia.

Battaglia recently posted on Twitter: “I couldn’t say no to this great professional opportunity and the chance to work with such an awesome group and health system!” 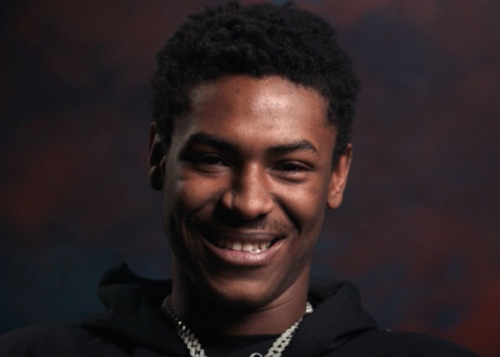