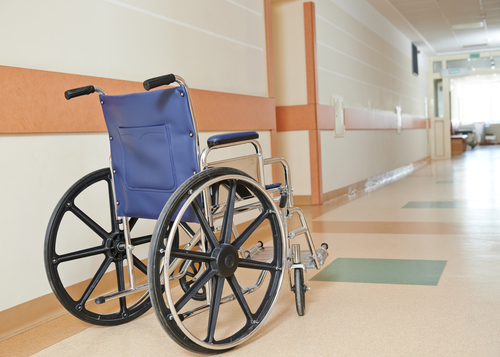 I wrote last week of Clarence, the 86-year-old ward of the state who caught Covid in a Detroit-area nursing home.

Clarence was yanked around like an unwanted dog; making eight trips between the home and the hospital, before he died last May.

The likelihood that Clarence's death was counted as a “nursing home” death appears unlikely, since Michigan health records list his place of death to be a Detroit-area hospital. By definition, if they're dying at nursing homes it's supposed to be categorized as a nursing home death even if their final stop is at the hospital.

Gov. Andrew Cuomo, we now know, misled the country about the spiraling number of fatalities inside the nursing homes. His health officials simply reclassified them as hospital deaths, while keeping a secret set of real numbers. Some guys will do almost anything for an Emmy.

And now Cuomo is fighting for his political life (although not entirely because of the data manipulation).

Here in Michigan, bureaucrats also did not accurately tally nursing home deaths until July. And that was only after the federal government mandated it.

And this is why the Mackinac Center Legal Foundation and I filed suit this week against the state of Michigan. We want the honest data.

Specifically: The state Department of Health and Human Services quietly added an asterisk last spring to its Covid-19 dashboard. The asterisk stands for “vital records” deaths, a way of adding already deceased people to the current Covid-19 death count.

By my back-of-the envelope calculations, perhaps a third to a half of all deaths reported by the state of Michigan between December and March were filed under this very vague “vital records” category. We need more specifics.

December was the second deadliest month of the pandemic, after April, claiming some 3,200 lives.

The state will not answer and refuses to release even the most rudimentary details, citing privacy concerns and state freedom of information laws. Never mind that the state partially lists data itself on its own dashboard, but no specifics that would give us a clearer picture.

Our question is simple: How many Clarences are out there? It's a fair question to consider on this, the one-year anniversary of the original emergency order. We shut down our businesses. We shut down our children's lives, all in the name of protecting the most vulnerable.

But did we really?

We now know that the Whitmer administration cribbed much of its nursing home policy from the Cuomo administration – from allowing the infected back into long-term care facilities, to offering blanket liability amnesty to nursing home operators. Both governors claimed that nursing home deaths in their states are lower than the national average. Cuomo stopped doing that after his was caught cooking the books by the New York attorney general.

But there is one huge difference between New York and Michigan. Cuomo ended the practice of reintroducing Covid-positive patients into the nursing homes last May. Here in Michigan, the practice continues.

So where is the opposition party in all this? It's nothing but gas from the Michigan Republicans. They tweet. They do the talk show circuit. They hold empty hearings. But to date, they have issued no subpoenas to compel the administration to provide meaningful testimony or data. Perhaps its because the Republicans receive the lion's share of political contributions from the nursing home industry.

As Cuomo so crassly put it January: “Who cares (if they) died in the hospital, died in a nursing home? They died.”

Families of the dead care. And they deserve a full accounting. The pandemic has revealed the awful state of end-of-life care in America, the squalid state of affairs within publicly funded nursing homes. An honest picture of what happened – and what is happening – would go a long way towards fixing things. The next pandemic is just a novel virus away.

From the jails, to the vaccine rollout, to unemployment checks, if the past year of Covid-19 has shown me anything, it's how inept and unprepared the government really is at all levels. It's not so much a culture of corruption as it is a culture of cover-your-ass.