"After 30 years at WWJ 950, I am retiring," she announces on social media Friday. "It's been an amazing ride working with the outstanding professionals at WWJ."

"My last day live on the air will be April 29," she tweets. "I've had an amazing career and I thank God for the blessing."

Her career began at WDET from 1988-91, after which she joined WWJ, the nation's oldest radio station. The scrappy broadcaster moved from writer and producer to morning drive-time reporter. She later added the city government beat, becoming a local media standout admired by listeners and other journalists. Thomas also was co-anchor of a weekly news magazine show, "In-Depth Detroit" on WWJ-TV/CBS 62. 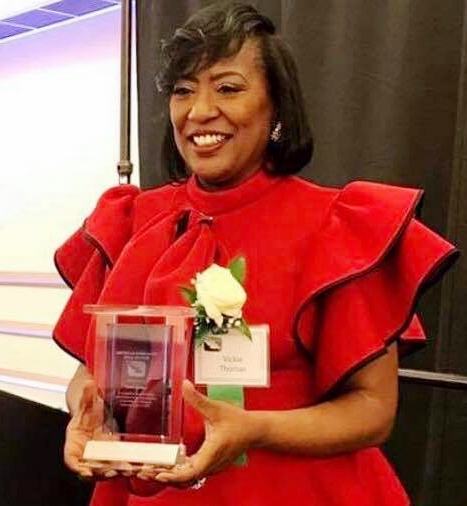 Thomas is a past president of Detroit's chapter of the National Association of Black Journalists, where she started a scholarship and internship program for college students interested in broadcast news. She also served for five years on the association's national board and is described as a key player in bringing its annual convention and career fair to Detroit in 2018 for the first time in 26 years. The WWJ veteran received the NABJ President’s Award at the convention here.

Online well-wishers include the local NABJ chapter, WDIV reporter Priya Mann ("can't believe I will no longer see people fan-girling all over you at every single press conference or breaking story") and Rep. Rashida Tlaib of Detroit, who salutes her "amazing journalism and dedicated work."