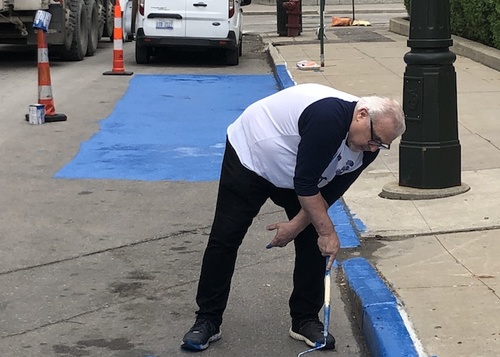 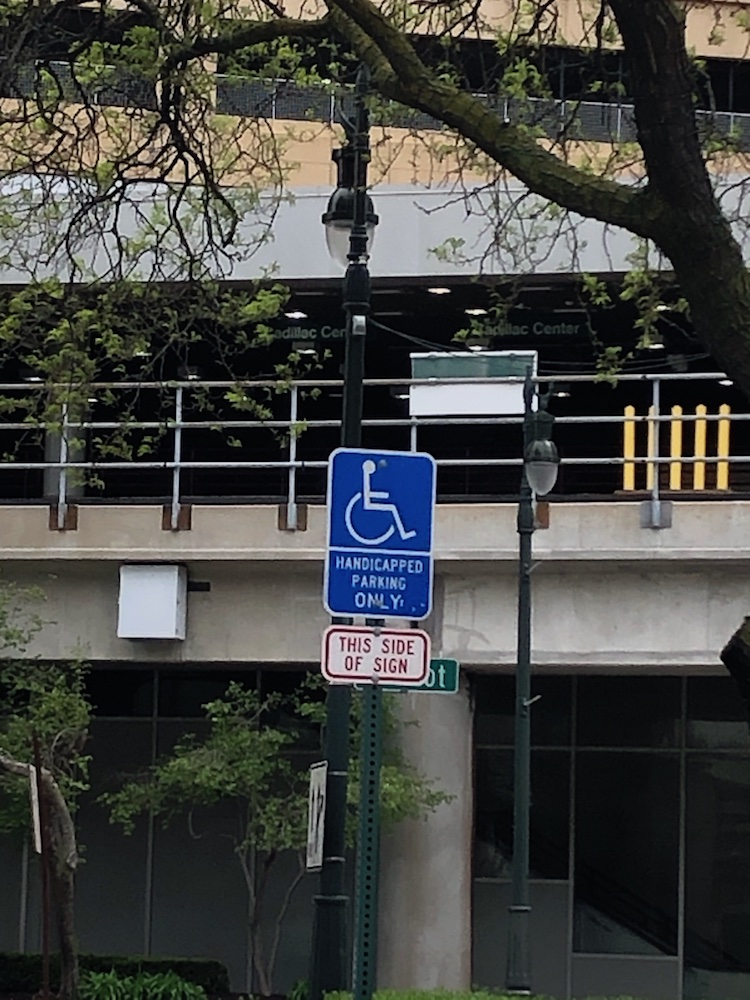 Update: 9:30 a.m. Thursday -- The city removed the paint but vowed to fix the problem. Click the link at the bottom for the full update.

Tony Sacco, co-owner of Mootz Pizzeria + Bar, was fed up with unsuspecting customers getting $150 tickets for illegally parking in a handicap zone from his shop on Library Street in downtown Detroit.

So on Tuesday, he took matters into his own hands -- literally -- and grabbed a roller and started painting the curb and street to designate the handicap spots with blue paint. After 45 minutes, and a couple hundred dollars worth of paint, he was finished, at least for now.

The problem, he says: There's a small handicap sign at the end of the block, but it's very unclear how many parking spots it applies to (it's four). He has repeatedly asked the city to do something, to no avail.

"I just see person after person getting tickets," he said, adding that he sometimes covers the cost for people. "Welcome to Detroit, right?"

Sacco said he's actually not quite done. He plans to paint handicap logos on the street and add yellow trim at the edge of the blue paint. 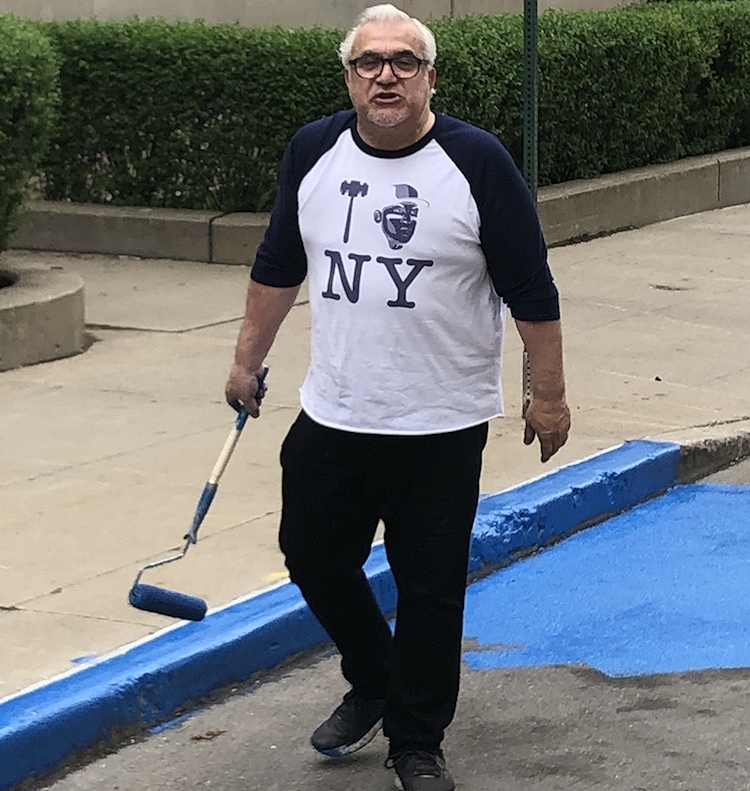 Tony Sacco getting close to finishing

"The parking people just don't seem to care," he said. "So, I just took it upon myself. If you want it done right you do it yourself."

Is he worried about getting in trouble with the city?

"I think I did the right thing, so I really don't care. If they want to challenge me, actually I think they should pay me."