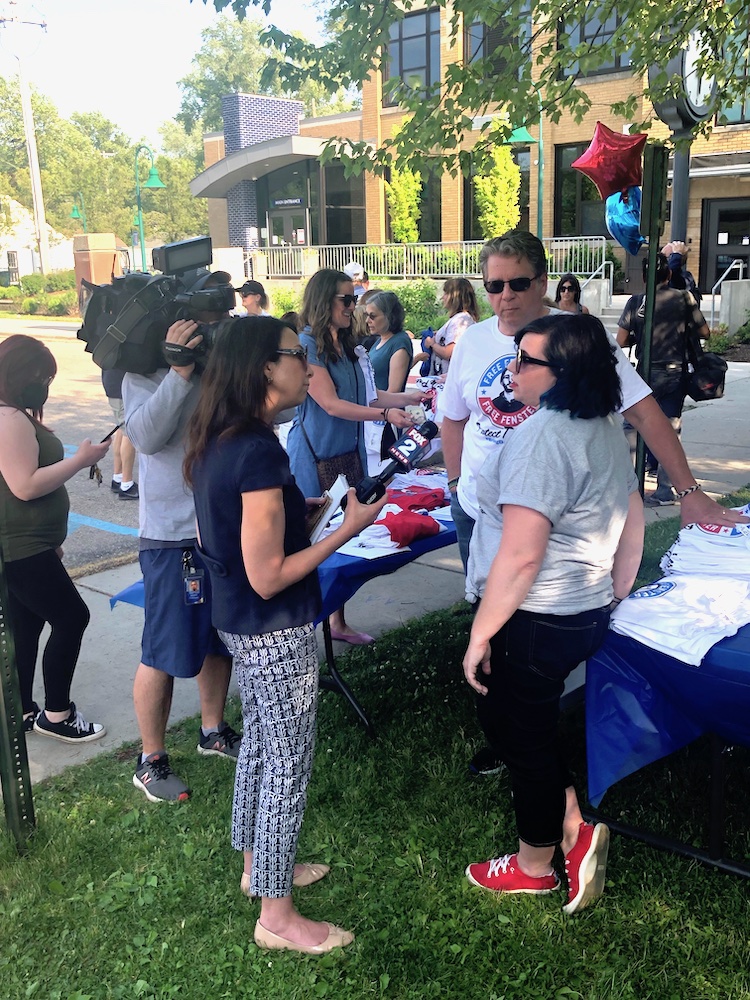 On a pleasant late spring night, friends, family and community gathered Friday outside the Huntington Woods Parks and Recreation Department to show support for Danny Fenster, the Metro Detroit journalist detained since May 24 by military leaders in Mynamar.

"Free Fenster" T-shirts were sold to raise awareness and support the family. Money will go for whatever cause Fenster chooses after his release.

Fenster, 37, a Huntington Woods native, has been held with political prisoners for nearly two weeks in Insein Prison in Yangon, the Southeast Asian country's biggest city. Fenster, managing editor of the magazine Frontier Myanmar, was trying to leave to visit his parents when he was arrested at the airport.

Among rally attendees Friday evening was local Congressman Andy Levin, who posts four photos on social media and comments: "It was kind of overwhelming ... because the whole situation is so emotional, [and] also because the family is doing an amazing job rallying support for Danny."

He adds: "I know it's improving our chances of getting him out of there. When a movement and a social media organizing campaign have organic energy and real momentum, you can tell. And it makes a big difference in how much impact it has in the world."

Fenster, who earned a Wayne State University master's degree, is one of four foreign journalists detained by the military junta, which is attempting to quash the free flow of news. Dozens of local journalists also have been arrested.

No charges have been filed. The U.S. State Department is trying to secure his release, but hasn't been allowed a prison visit.