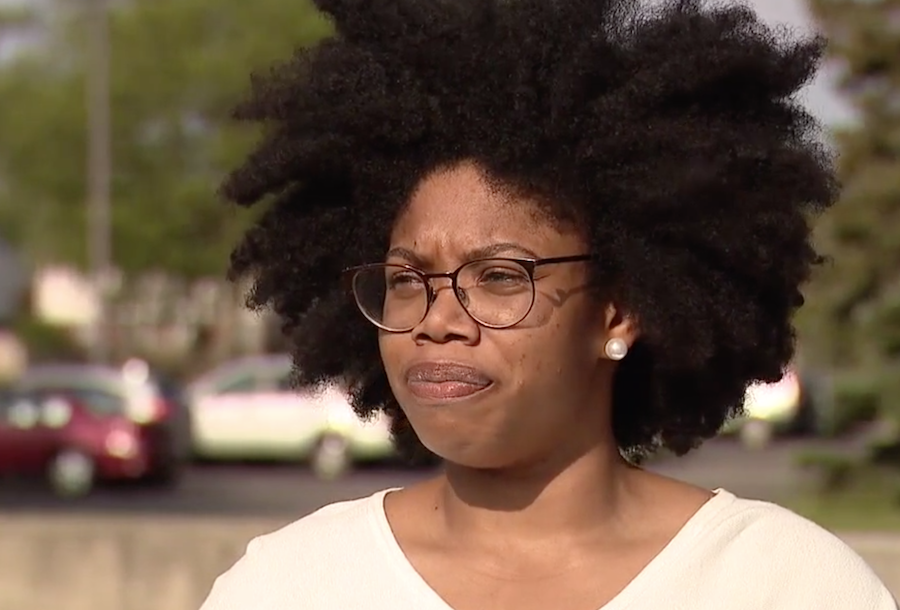 Zenarra James, a former worker at Red Robin restaurant in Madison Heights, alleges in a lawsuit that co-workers put a razor blade in her take-home salad after she repeatedly complained to management about them using the n-word, Fox 2 reports.

Like 'Yeah, n-word, yeah n-word,' singing songs like really loud, you know what I mean. Personal things, it's whatever," she tells Fox 2.  "But I can hear you, we're in a business, a place of work, we shouldn't be saying things like that at all."

She said management failed to discipline the young white male employees after she complained. A few weeks ago, after she says she found the razor blade in her salad, she informed the general manager, quit and reported the incident to police.