James Craig seems ready to give the people what they want -- or at least, what they expect -- next week, when he'll make "a major announcement," presumably his formal declaration of his candidacy for governor. 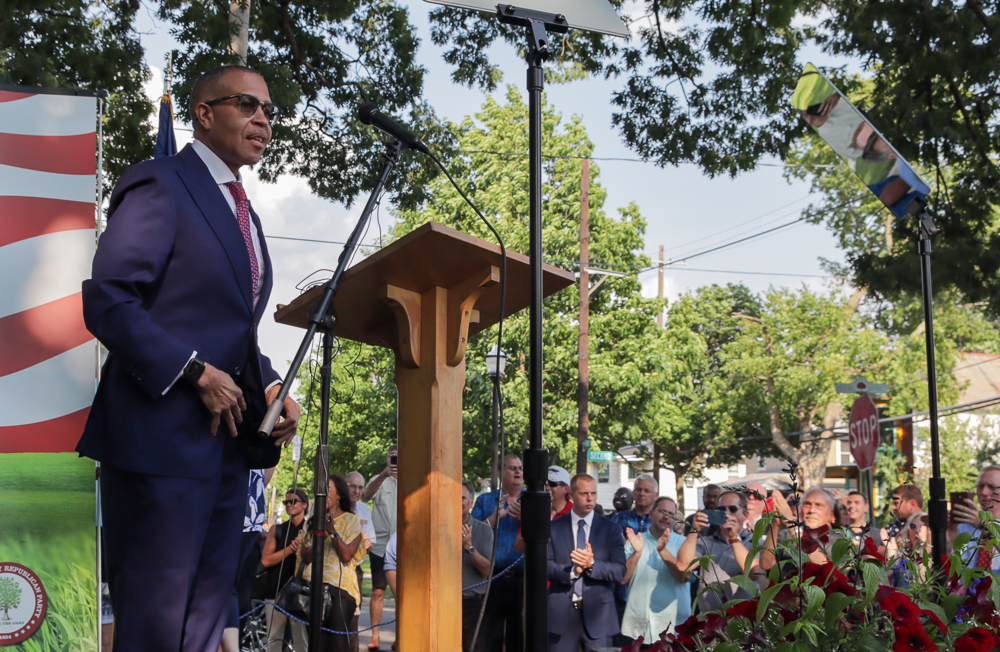 “I hope we can do this again next week," the former chief told Carlson. "Because guess what? I have an important announcement for Michigan’s future.”

Craig continued, “I promised you I am going to do it on your show.”

To which, Carlson, an influential figure in national GOP politics, responded, “If you’re going to announce for governor, we’ll be very excited.”

Craig has been teasing his candidacy for months now. Rumors began to percolate after he announced his retirement, which came at the end of June.

Last week, he addressed the Jackson County GOP, giving what was billed as his "first political speech." In it, he laid out his conservative bona fides, declaring himself pro-gun, anti-abortion and aligning with Republicans on most top issues. He did not offer specifics about Michigan or on policy, beyond saying that in 2022, "we will be celebrating our independence from the rule of Gov. Whitmer."

Elsewhere, attorney Matthew DePerno, who has raised his profile since the 2020 election by advancing claims of election fraud, announced he would challenge Attorney General Dana Nessel in 2022.

DePerno has pushed his election-fraud narrative particularly hard in Antrim County, but was unsuccessful in his request for a so-called forensic audit of the results there. In the November 2020 election, the results from that county were incorrect, but were caught quickly by the county clerk, and confirmed with a hand recount. President Trump decisively beat challenger Joe Biden in that county.

DePerno announced his candidacy early Thursday morning. His tweet is below:

IT IS OFFICIAL: I am running for Michigan Attorney General next year. One of my first interviews to discuss why I am running to defeat our current AG will be on "Your Defending Fathers" with @TruckerRandy at 9:15 am.