LeDuff: No media, no crackpots, no burning eyeballs Tuesday at Detroit's TCF 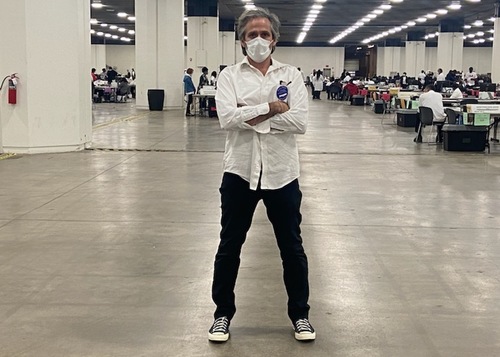 With all the screaming and conspiracy swirling around TCF Center last November, you'd figure there would be a thousand burning eyeballs at the convention center on Tuesday to observe the latest absentee ballot count. 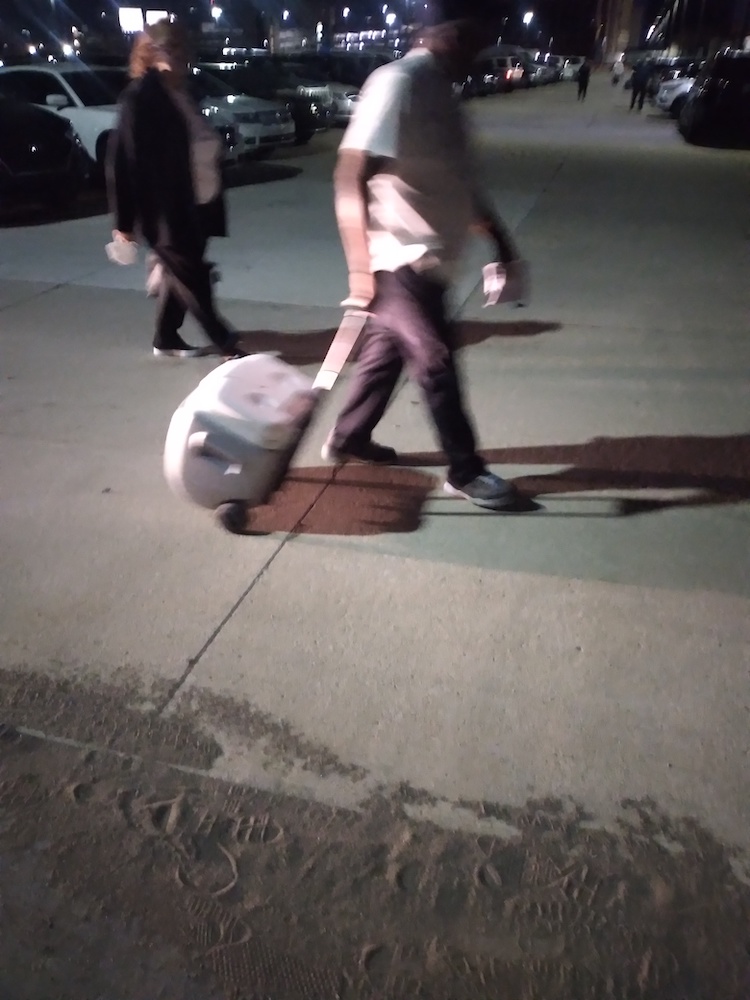 A cooler being wheeled in

Except there weren't. Missing were the baboons banging on the glass demanding the sanctity of the vote. Missing was Mellissa Carone, the Giuliani crackpot who has moved on to claiming there are baby parts in the Covid vaccine. Nowhere was the Mississippi internet troll who promised to come to Detroit to beat my ass. Not a single news outlet sent a single reporter.

There was no one at TCF Center early Tuesday morning to inspect the dozens of beach coolers and travel luggage being wheeled into the convention center by poll workers for the primary.

Those workers could have been Democratic political operatives concealing tens of thousands of bogus ballots like the far-right media wished you to believe last November when a local TV photographer was “caught” hauling his gear in a wagon.

If the ranters and ravers had bothered to roll out of bed Tuesday morning, they would have seen that those coolers and suitcases were packed with ham sandwiches and snack cakes and soda pop since the government provides its workers no food, no coffee. No nothing.

The morning shift had to hang out for another three hours.

According to state election law, workers must remain sequestered in the building until 8 p.m. when polls officially close. That's 15 hours with no sustenance. Most of the poll workers were old folks who came from a sense of civic duty and for a paycheck of $500.

So imagine the scene when shift change came at 5 p.m., when the morning crew was replaced by the evening crew, and the morning crew, because of state law, had to stick around for an extra three hours. So they crammed into a cramped conference room, left to suck the same stale, Covid-infected air. One was left to wonder: is the Delta variant even a thing?

Without Trump, who cares about scrutinizing votes?

Not the scummy little hipsters who control political messaging these days. Or the pear-bottomed tough guys from the political parties who shill for the billionaire bloodsuckers. Where was the milquetoast media?

In bed. Out of town. Everywhere, it seemed, but TCF.

Had any of these taste makers actually been there, they would have seen what was probably the most accurate and competent election in the history of Detroit. Propers must be given to Daniel Baxter, director of the Department of Elections and David E. Nathan, the man in charge of training, who was brought in last November to co-ordinate the presidential election and make sense of the absentee counting procedures. It must be said that Nathan and I have not had the warmest relationship since I painted an unflattering portrait of him on TV news some years ago.

But Nathan thought it important to let a reporter not only observe the counting procedures this past Tuesday, but to let me participate so I know what the hell I'm talking about when reporting back to you.

And I can report with confidence that it worked. As of Wednesday afternoon, the ballot count was 100-percent balanced. That is: the number of people who voted was equal to the number of ballots received. A first. And harder to accomplish than you might think with 500 hungry senior citizens.

I was the captain of Counting Board 93, meaning I was the person responsible for scanning your absentee ballot and verifying the time stamp. Among the dozens of data points on the screen, I noticed that every voter and ballot was matched to a government-issued drivers license or state identification number.

Most of my co-workers were surprised to learn this. The majority of them were African American, and anything linking a vote to a government issued ID is tantamount to the conservatives trying to return to the days of Jim Crow.

For all the craziness in America, and Detroit having the reputation of being Crazy Ground Zero, we're actually doing the crazy thing of trying to fix it. So give the respect.

Listen to Charlie LeDuff on his weekly podcast "No BS Newshour"